You are at:Home»Current in Carmel»Carmel Community»Police: Missing Carmel man is believed to be ‘danger to himself, not others’

Carmel police continue to search for a missing man whom they believe may be looking to harm himself. 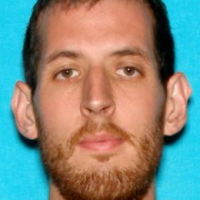 Tyler Lott, 30, was last seen near Carmel Drive and Range Line Road at approximately 9:26 a.m. Nov. 5, according to a press release. He is believed to be driving a silver 2006 Mercedes Benz ML350 with Indiana license plate 106RHQ. He is 6 feet 1 inch tall, weighs 150 pounds and has brown hair and brown eyes.

“He’s voluntarily disappeared,” Carmel Police Dept. Lt. James Semester said. “We believe he may be a danger to himself, not others.”

Police began searching for Lott, a Carmel resident, after he told a family member that he planned to harm himself, Semester said.

Lott is not believed to have committed any crimes in connection to his disappearance.

“Hopefully we can find him (doing) fine,” Semester said. “We hope he’s OK.”