You are at:Home»Current in Zionsville»Zionsville Community»Zionsville man rides for Rollfast Foundation

Zionsville resident Jon Robinson is a member of the Rollfast Cycling Club, which benefits the Rollfast Foundation. Its mission is raising awareness for suicide prevention. 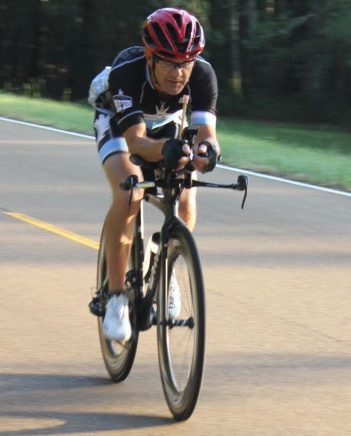 Robinson grew up riding bikes for transportation, but he is now a recreational ultra-endurance cyclist training throughout Boone and Hamilton counties. He participates in a variety of cycling events.

“I’ve also had the pleasure of sharing my joy of cycling with others via Rollfast’s participation with Bike Carmel’s Family Fun Rides and Slow Rolls to promote safe bicycle riding,” Robinson said.

“Indiana has one of the highest suicide rates in the nation, and too many of us have been affected by the loss of a loved one, or know others who have experienced such loss and the painful aftermath,” Robinson said. “We train, we ride and we support the Rollfast Foundation to prevent suicide via peer-to-peer communication.”

Recently, Robinson participated in the Natchez Trace 444, a challenging ride through 10,000 years of history, through three states, and covering the 444-mile length of the Natchez Trace Parkway from Nashville, Tenn., to Natchez, Miss.

“Thousands of cyclists ride on the (Natchez Trace) Parkway annually, but few ride all 444 miles straight through in under 30 hours,” Robinson said. “This was my first time accepting this personal challenge, and it pushed me into nearly twice the distance and more than twice the saddle time than I had ever before achieved. My wife Julie was my support crew, and she made it possible by having the bikes, gear, nutrition and lights ready at every stop.”