You are at:Home»Current in Carmel»Carmel Business Local»Carmel’s Which Wich reopens with renovations, return of original owner

Crepeau learned about Which Wich while living in Chicago. 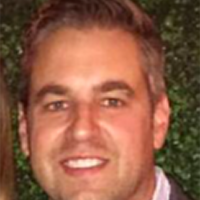 “My wife and I are from Chicago,” Crepeau said. “While we were living there, we became Which Wich fanatics. We’d eat there a couple of times a week.”

The couple moved to the Village of West Clay and soon learned the Carmel location at 1430 W. Carmel Dr. was for sale.

“We purchased the restaurant in January 2016,” Crepeau said. “I owned it for two and a half years. I had a company that I had invested in that needed me. It got to be too much, so I sold it.”

But Crepeau couldn’t stay away. He purchased the Carmel location for the second time in September when it was for sale.

“Casey is great,” Crepeau said. “He’ll be the person running the day-to-day operations that customers will see in the store.”

The pair decided to remodel the store to celebrate the re-opening and anniversary.

“We spent a few weeks and repainted the whole location,” Crepeau said. “We added new signage, an upgraded mural and added TV-monitor menus.”