You are at:Home»Current in Carmel»Carmel Community»Catholic priest accused of inappropriate Facetime chats with Carmel minor

A Catholic priest is facing multiple charges stemming from alleged inappropriate Facetime video chats with a Carmel minor in 2017 and 2018. 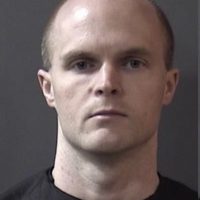 David Marcotte, 32, of Indianapolis has been charged in Hamilton County with three felonies: child solicitation, vicarious sexual gratification and dissemination of matter harmful to minors.

According to a probable cause affidavit, the victim met Marcotte in August 2016 as a 14-year-old student at St. Malachy Church and School in Brownsburg where Marcotte was a priest. The victim told investigators Marcotte was on Snapchat, “very popular with the kids” and an assistant coach of the victim’s athletic team, the affidavit states.

In late 2017, when the victim was 15 years old, Marcotte initiated a Facetime conversation with the victim that included lewd behavior, the affidavit states. The victim told investigators this happened four or five times during the next 18 months.

The Archdiocese of Indianapolis issued a statement saying Marcotte was suspended from ministry on Feb. 12 after the archdiocese received a report of sexual abuse involving a minor.

“The archdiocese has cooperated with law enforcement throughout its investigation,” it states. “Fr. Marcotte has been prohibited from all public ministry while the investigation and legal process is ongoing.”

Current has reached out to Marcotte’s attorney for comment.