You are at:Home»Current in Westfield»Westfield Community»White named Top 40 Under 40 in flight industry

Sean White, a Westfield resident and vice president of the First Wing Jet Center in Zionsville, recently was named to the National Business Aviation Association’s Top 40 Under 40, a recognition for young leaders who are shaping the industry. 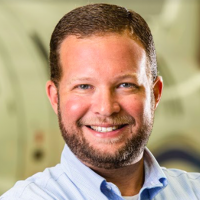 White manages the First Wing Jet Center at the Indianapolis Executive Airport, which is the third busiest airport in the state for business aviation.

“We are behind Indianapolis and South Bend,” said White, who also manages the airport’s flight school. “We are a busy and active airport for business aviation.”

White graduated from Carmel High School and earned his private pilot license and instrument rating before attending Purdue University and the George Washington University. He earned his bachelor’s degree in business administration, economics and public policy.

“I got to turn my hobby into my vocation,” he said.

Most of his time outside of work is spent with his family. He has two daughters, age 9 and 11.

“I do golf a little bit,” he said. “My girls are into theater and horseback riding. Both of those are pretty time-consuming activities. We spend a lot of our leisure time doing things with the kids.”