You are at:Home»Current in Carmel»Carmel Community»Carmel man writes 5 books on euchre strategies, statistics

Eric Zalas had no thoughts of ever writing a book.

That all changed when he decided to share his knowledge on euchre. He has written a five-book series, “Power Euchre,” available on Amazon as Kindle editions. 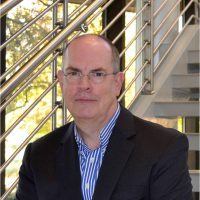 “At the time, I wouldn’t have described myself as an expert on euchre,” he said. “I am pretty good with modeling and quantitive data analysis. I decided I was going to make myself a computer game on euchre just to relax, and I did that.”

“At age 12, I’m charting my shots on the practice range, etc.,” said Zalas, who started playing euchre at age 12. “I have statistics from every poker game I ever played. That’s just my natural personality. I like to chart my progress in things and what I’m doing. I kept some modest statistics for this computer game on euchre that I had developed. After the first year, I noticed some trends. I was winning 92 percent of the time.”

Zalas, 67, said he was getting euchred a lot on a particular hand, so he made an adjustment.

That launched him into the mathematics of euchre.

“It seems like I was the first one asking, ‘Why do you win at euchre?’” said Zalas, who retired from Roche Diagnostics in 2015. “I started reading articles and was deeply disappointed in what I was finding. Zero evidence was offered to support any of the basic strategies.”

So Zalas began to do research and analysis.

“I was coming to the conclusion that literally everything written about the game of euchre was wrong, in fact those were the CliffsNotes to losing at euchre,” he said. “For example: ‘It is the aggressive player who wins,’ ‘Always count on your partner to take a trick’ (when you name trump); ‘Never order your partner to pick up a bower’ and ‘Always name next.’  My research has demonstrated that all of these conventional wisdom axioms are not just mathematically wrong but a shortcut to losing at euchre.”

“Much of my work is statistical modeling analysis,” he said. “I never tell players how to play the game, but merely what are the most optimal strategies.”