“And Then There Were None” is the play that Navar Watson has longed to do. 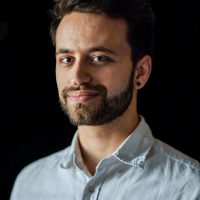 “It’s my favorite story of all time,” said Watson, a Noblesville High School graduate. “I am a massive Agatha Christie fan, and I was the first one to really push the Attic Theatre into considering ‘And Then There Were None.’ The story is just brilliant. It’s menacing. I can’t wait for people to see it.”

The Attic Theatre’s production runs Oct. 17 to 26 at the Ivy Tech Auditorium in Noblesville.

“It’s the best-selling crime mystery novel of all time and one of the more successful stage versions of Agatha Christie as well,” said Noblesville resident Ian Hauer, who is directing. “There are 11 roles in the cast, and the play takes place over the course of three days.” 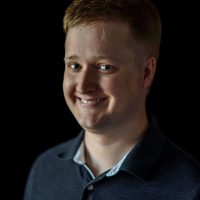 Hauer said the challenge is to make the show fresh for those who have previously seen the play.

Watson plays Philip Lombard, one of the lead characters.

“It’s a very difficult role, probably the hardest one I’ve ever done,” Watson said. “All the characters in this show have secrets and dark pasts. They’re professional liars, and so it’s hard to figure out who they really are inside.” 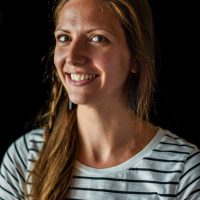 “Ethel is quite a nervous-looking creature, so developing her backstory has been a bit of a challenge, trying to layer on different elements and events from her life prior to arriving on the island, giving the character depth and dimension from the moment the curtains open,” Hobson said.

Hobson has never acted in “And Then There Were None” before or any other Agatha Christie productions. She read the novel the play is based on prior to auditioning.

“This type of story is not usually what I am drawn to, due to the intensity of its themes and dark undertones, but after reading the novel, I was intrigued to audition for a role on the chance that I could help bring this story to life onstage, knowing the caliber of the directors and fellow actors from the company I would be working with,” Hobson said.

Jerrod Burns, Westfield, and Steve Stone, Noblesville, also are in the cast.