Have you ever returned to your vehicle to find chalk on your tires and a parking ticket left on the vehicle? If so, you may be entitled to compensation for parking tickets you have paid. 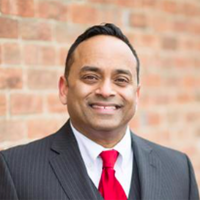 In April, the Sixth Circuit Court of Appeals ruled the practice of chalking by parking enforcement officers is no longer allowed. The case was brought by Alison Taylor, a woman from the city of Saginaw, Mich., who received 15 parking citations in just three years due to very minimal free parking at her job. Taylor was fed up and chose to bring the matter to the courts, resulting in the Sixth Circuit Court of Appeals ruling in her favor.

The Sixth Circuit held that the practice of chalking a vehicle as a means of tracking how long a vehicle has been parked is similar to attaching a GPS tracker to a vehicle, which the United States Supreme Court has deemed an unconstitutional search. Although the city argued these types of parking citations are allowed under the “community caretaker” exception, the Court held that the search was not reasonable. The “community caretaker” exception to warrant requirements allows for routine traffic and parking enforcement to enable police to control the hazards of clogged streets. The Court, however, dismissed this exception, stating that Taylor’s vehicle posed no safety risk and that the practice of chalking was a means to raise revenue, not mitigate a public hazard.

If this has happened to you and you’re interested in receiving compensation, contact Massillamany, Jeter & Carson at 317-576-8580 to learn what we can do to help you.