You are at:Home»Current in Westfield»Westfield Community»Rainwater files as Libertarian candidate for mayor

Don Rainwater doesn’t want to be the smartest person in the room.

If elected mayor of Westfield, Rainwater said his first step will be to surround himself with people he says are smarter than he is. He acknowledges he doesn’t have all the answers, but he’s running because he believes in his ideas for the city. 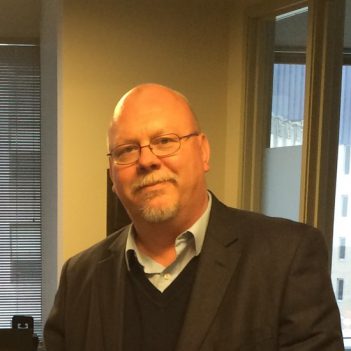 Rainwater said he will shift the city’s priorities to debt management and scaling for growth.

Rainwater also is concerned the city is rapidly outgrowing its police and fire services.

“I don’t believe, as quickly as we’re growing, that we should be as concerned with legacy projects,” he said. “Public safety and infrastructure (need to) not only keep pace with growth, but are actually planned ahead of growth.”

Rainwater, who is challenging incumbent Republican Andy Cook, acknowledges some voters may not look past his Libertarian label, but he is optimistic that people will vote their conscience.

“I feel like I give voters here in Westfield a legitimate second option in the mayor’s race,” he said. “First and foremost, I believe that as the chief executive, your job is to be a servant-leader to the people.”

Rainwater said that kind of leadership is missing from current city government. After attending a city council meeting earlier this year, Rainwater became concerned that not all voices were being heard.

Originally, Rainwater was running for a seat on the city council. When he realized he agreed with his opponent on most issues, he decided to enter the mayor’s race.

Rainwater became politically active in 2016. He said he was not pleased with the way things were happening in the Indiana General Assembly.

“I got really frustrated with the continually rising taxes,” Rainwater said. “It just got to the place where I decided that the only way we were going to get back to a fiscally conservative, small government mentality was if new people got involved, so I got up off the couch and I decided to make a difference.”