You are at:Home»Current in Carmel»Carmel Community»Fairchild to begin post as special services director at Carmel Clay Schools

Stephanie Fairchild’s 25 years of experience working with students with disabilities has led her to Carmel Clay Schools.

Fairchild was recently hired as the school district’s director of special services. 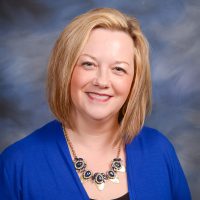 “It is my passion to advocate and be the voice for students who are unable to do so for themselves,” Fairchild said.

The Noblesville resident was scheduled to start her new position July 22.

“CCS has a reputation for excellence for all students,” she said. “I believe my experience can lend to helping students continue to grow so that they may reach their potential to be functioning members of an ever-changing society.”

“I plan to spend as much time as possible in schools to get familiar with the current systems in place,” she said. “I believe in working alongside staff in the schools to provide them with the support and tools to best meet the needs of students.”

Fairchild taught for Jay County Schools in Portland, Ind., from 1994 to 1997 and then taught in the Metropolitan School District of Lawrence Township from 1997 to 2013. She served as a district level coordinator in the special education department her final year in Lawrence.

“Having experience in a major school district within Marion County has prepared me for a position in an even larger district, such as Carmel Clay Schools,” she said.

Fairchild, who grew up in Muncie, has bachelor’s and master’s degrees from Ball State University. She attended Indiana University to obtain her administrative certification. She has been a member of the Indiana Council for Administrators of Special Education since 2013.