You are at:Home»Current in Noblesville»Noblesville Community»Noblesville mom charged for leaving kids in hot car

A Noblesville mom is being held in the Hamilton County Jail after police say she left her children in a car that was not running at Walmart, 16865 Clover Rd., Noblesville.

At approximately 1:32 p.m. July 11, officers from the Noblesville Police Dept. responded to the report of two children left unattended in a vehicle. 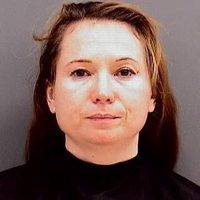 The individual who made the report directed police to the 2009 Dodge Caravan in which 2- and 4-year-old siblings were seen, both restrained in car seats. The windows of the van were rolled down approximately 6 inches, according to police.

A statement from NPD officers said the outdoor temperature at the time of the investigation was 88 degrees. The mother, Liudmila V. Eaton, 40, of Noblesville, was later located inside Walmart.

Eaton was arrested on site, taken to the Hamilton County Jail, and charged with two felony counts of neglect of a dependent.