Jill O’Malia cherishes the memories of her reign as Miss Indiana.

Those memories are still fresh 50 years later. O’Malia, whose maiden name is Jackson, was crowned in July 1969. 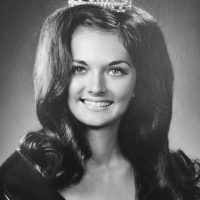 “I was very shocked when I won because I was just eligible (age-wise),” said O’Malia, who won the summer after graduating from Anderson High School. “The person that won Miss America that year had already graduated from college. I came in as an 18-year-old that was not afraid and had some talent.”

O’Malia won the Miss Anderson title in the city’s inaugural pageant to advance to Miss Indiana.

The Fishers resident will be recognized at the Miss Indiana competition for the 50th anniversary of her victory. The finals are June 15 at the Zionsville Performing Arts Center.

“As an 18-year-old, it seemed I earned a Ph.D in public relations, which is really true,” O’Malia said. “I traveled all the time. Most of the time I would speak or sing. It’s easier for a singer to go places than someone who has to bring a piano. It gave me a huge benefit as far as maturing.” 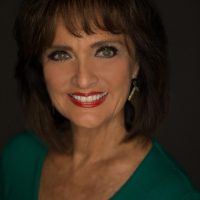 O’Malia was provided an Oldsmobile each month to do all the traveling.

“The last car, which happened to be a convertible, I was able to keep,” O’Malia said. “What a prize.”

Just as big a prize, O’Malia said, was the confidence and poise she gained from the experiences.

The Miss America pageant was in September in Atlantic City.

“My hometown of Anderson supported me from the very beginning of my reign,” she said. “In fact, the city chartered a jet, unbeknownst to me, and brought 100 of my friends to Atlantic City for two nights of the competition. When I walked the runway for the first night, I saw their signs, heard their cheers and saw their encouraging faces.”

O’Malia attended Butler University the first semester but had to take the second semester off because of all the travel for Miss Indiana. She is grateful the Miss Indiana scholarships paid for her education.

A fine arts major at Butler, O’Malia has been on professional and amateur stages since she was 13. She still performs regularly in community theater.

The Miss America pageant dropped the swimsuit portion last year, which O’Malia said was a good thing. She does remember creating a stir.

O’Malia said emcee Bert Parks said her swimsuit was probably a trend for the future.

O’Malia, who has performed the national anthem at Indiana Pacers games, performed in a lot of television and radio commercials during her Miss Indiana stint.

Her husband, Dennis, is a senior sales executive for Current Publishing, Inc.