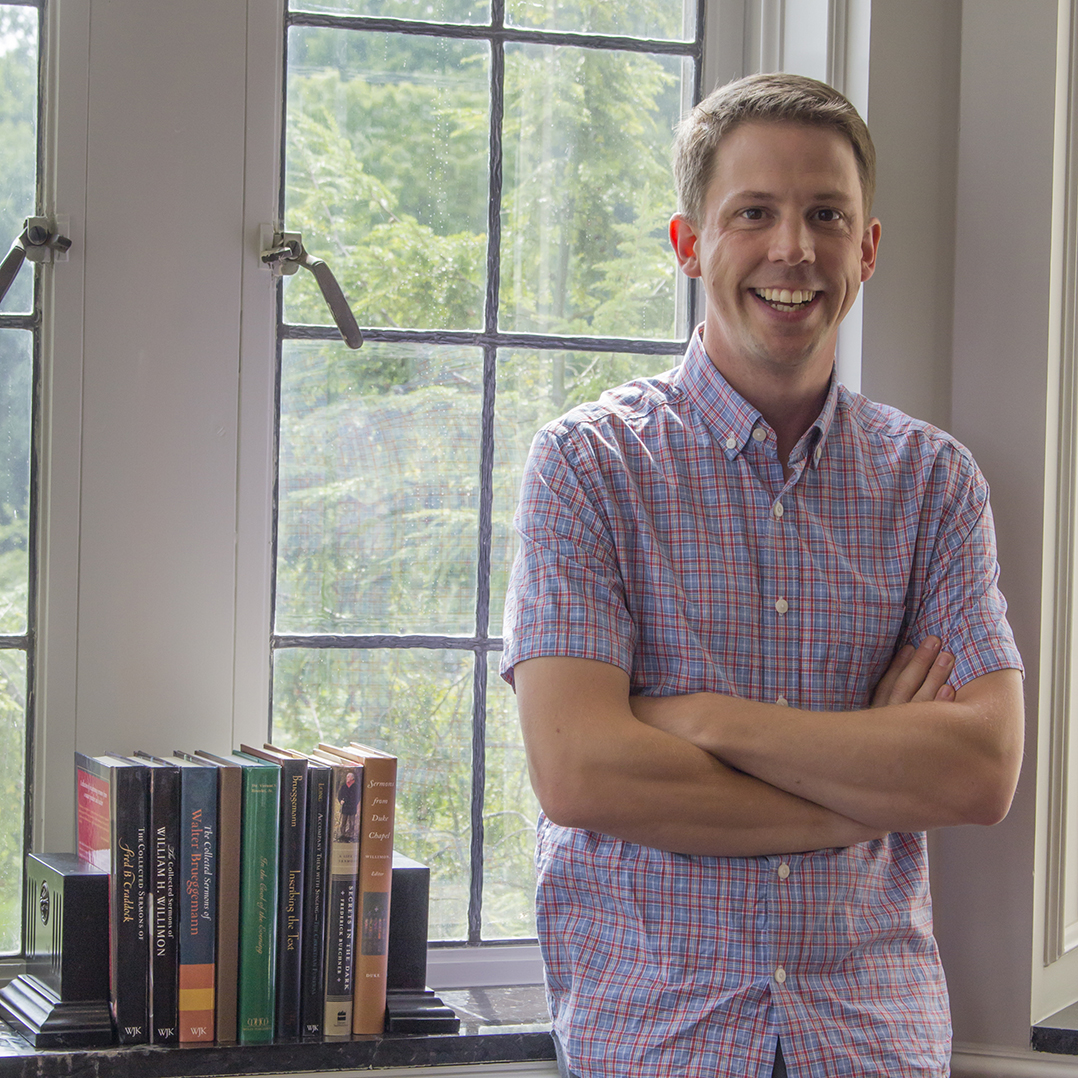 Chris Henry has noticed some similarities between his new hometown and place of employment.

The North Carolina native moved to Carmel approximately one year ago after accepting the senior pastor position at Second Presbyterian Church on N. Meridian Street in Indianapolis.

“(Carmel) is a community that is proud of what it has accomplished and hopeful about its future,” Henry said. “I feel exactly the same way about Second Presbyterian Church.”

The state’s largest Presbyterian church was founded in 1838, just one year after Carmel – then known as Bethlehem – was founded. And both are in the midst of transformations that aim to attract new families and build a strong future.

Former Second Presbyterian pastor Bill Enright, who still worships at the church, said the congregation – which draws more than 1,000 people for services each week – has experienced a “wonderful transition” as Henry completes his first year in the pulpit.

“Chris is a superb preacher. He is delightfully engaging,” Enright said. “He brings a youthful energy and vision and there is just a renewed spirit of excitement in the congregation.”

The church has experienced a 5 percent increase in attendance in the first four months of 2019 compared to the same period the previous year after experiencing many years of declining numbers.

Henry grew up spending a lot of time in church as the son of a Presbyterian minister. He always had a knack for public speaking and began attending Duke University in 2000 to study political science. During his time at Duke, a bishop became his mentor and reignited his love for the church. Henry decided to add a religion major and began preaching in a small Presbyterian church nearby. 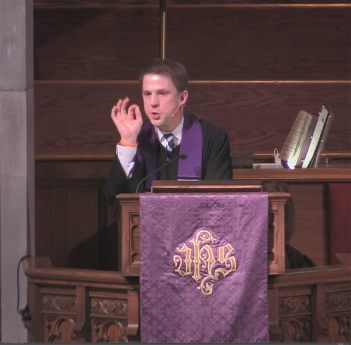 After graduating from Duke, Henry moved to Georgia to attend Columbia Theological Seminary, where he met his wife, Sara Hayden. He finished his studies and accepted a pastoral position in a mid-size Atlanta church that served as a community center for the surrounding neighborhood. During his seven years at the church, he and his wife welcomed their two sons to the family.

In July 2017, Second Presbyterian Church reached out to Henry to gauge his interest in relocating to Indiana. He had never been to the Hoosier state and wasn’t actively seeking a new position, but he decided to consider the opportunity in part because of Second Presbyterian’s reputation and leadership within the denomination. Eight months later, he accepted the call to lead one of the largest churches in Indianapolis.

Henry and his wife looked at homes in several Indianapolis neighborhoods near the church, telling their Realtor “somewhat smugly” that they were “not suburb people,” he said. But after failing to find a good fit in their price range for a family with two young boys, they agreed to expand their search.

“After we looked at about 10 homes, my wife said, ‘I really think we need to see a house in Carmel,’” Henry said. “Our Realtor said, ‘I will do that, but I’m going to warn you that you will love it. If you think of yourself as not suburb people, you might have an existential crisis on your hands.’”

The Realtor was right. The couple loved the first house they saw and struggled with what to do about it. They decided to make Carmel their new home after realizing that many attendees at Second Presbyterian also live in the area. Henry said they have never regretted their decision and are working to build connections between Marion and Hamilton counties.

“If God has placed us in this city, it’s up to us to figure out why and serve the people around us and be an active part of the community,” Henry said.

At 36 years old, Henry is a good bit younger than the church’s previous two pastors and is tasked – as a newcomer – with bringing a fresh vision to the congregation without ignoring its nearly two centuries of history.

“There’s a place for a church like this in the 21st century. I think we will see growth and vitality in the years ahead,” Henry said. “I think there’s something important about being a part of a church that is more significant than your current interest.”

Sally Anderson, an 86-year-old Fishers resident who became a member of the church in 1943, has been pleased with Henry’s leadership. She said his preaching style resonates with people of all ages.

“He has wonderful sermons,” Anderson said. “I have talked to a few people who are sitting around me in church who come from other congregations because they’ve heard about him.”

Among Henry’s goals are to make the church more accessible for busy families with young children, build bonds between different generations, increase ties in the surrounding community and let others know about all of the good things happening within Second Presbyterian’s doors.

“We don’t want to be a well-kept secret,” Henry said. “We have something really vital to offer the broader community, and if we don’t do a good job of sharing our story, we’re missing out on one aspect of our discipleship.”

Second Presbyterian Church was founded in 1838 and first pastored by Henry Ward Beecher, a renowned abolitionist and brother of author Harriet Beecher Stowe.

Its first location was on Monument Circle. In 1870, it moved to Vermont and Pennsylvania streets next to First Baptist Church. After World War I, the Indiana War Memorial was built between the two churches. The state purchased both church buildings in the 1950s and demolished them to create grassy areas around the memorial.

In addition to Beecher, other notable pastors at Second Presbyterian include Bill Hudnut, who later became mayor of Indianapolis from 1976 to 1992, and Hanford Edson, founder of the Indianapolis Public Library system.