Missie Jordan will be singing a song straight from her heart. 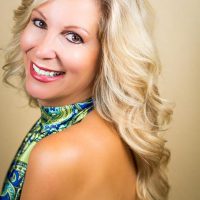 Jordan, a 1981 Carmel High School graduate, will perform “The 500” and two other racing songs as part of the Indiana Wind Symphony’s “Presto to the Finish Line!: Music Celebrating the Indy 500” at 7:30 p.m. May 24 at the Palladium at the Center for the Performing Arts in Carmel.

Jordan is one of eight children.

“They’re all coming,” Jordan said. “They are really excited about it.”

At a family get-together celebrating her brother Scott Jordan’s 60th birthday, Jordan was convinced to sing “The 500.”

“They all had tears in their eyes,” Jordan said.

Jordan also will sing “Back Home Again in Indiana” and a Hoagy Carmichael tune about the Indianapolis 500.

Her father was a pharmacist and owned Jordan’s Pharmacy.

“My parents both did a lot of performing before they got married,” Jordan said. “They actually met at Starlight Musicals (which closed in Indianapolis in 1993).”

Conrad’s wife, Ann, was the assistant director when Jordan was in Ambassadors, CHS’s mixed show choir.

“I did some things in the past with Charlie when he had a band, but this is the first time with Wind Symphony,” Jordan said.

“Everybody thinks of Purdue Marching Band being the band of the 500. That wasn’t always true,” Conrad said. “In the 1920s and ‘30s, they put together a thousand-piece marching band with white shirts and white pants and they stretched out along the front straightaway and they would bring in a famous composer to serve as band master to serve as guest conductor. He wrote this for the 1928 500.”

Tim McAllister will be a guest saxophone soloist during a saxophone concerto by Frank Ticheli.