You are at:Home»Current in Noblesville»Noblesville Community»Former NHS teacher struck, killed on Cumberland Road

One man is dead after being struck by a vehicle on Cumberland Road May 5.

At approximately 3:07 p.m., officers from the Noblesville Police Dept. responded to the area of 19570 Cumberland Rd. in Noblesville in reference to a car accident involving a pedestrian. 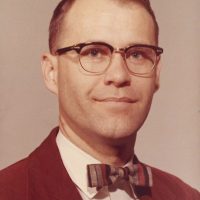 Cumberland Road when a pedestrian – later identified as James O. Cross, Jr., 91, Noblesville – unexpectedly ran into the path of the Mercury.

Cross initially was transported by ambulance to IU Health Methodist Hospital in Indianapolis in critical condition and later died from his injuries.

The driver was identified by police as George A. Allen, 85, Cicero. Allen was not injured. There was one passenger in the vehicle who also was uninjured.

Police said, as of press time, they do not believe alcohol, drugs or weather contributed to the crash.

Cross was known in the community as a former science and biology teacher at Noblesville High School, where he taught from 1961 to 1988. A memorial visitation will be from 5:30 to 7:30 p.m. May 15 at Randall Roberts Funeral Center, 1685 Westfield Rd., Noblesville.