You are at:Home»Current in Carmel»Carmel Community»‘Angel of the Battlefield’ to share Civil War story

Clara Barton is fondly remembered as the founder – and first director – of the American Red Cross. But before that, she was an unflinching Civil War nurse whose courage under fire earned her the sobriquet, “Angel of the Battlfield.” 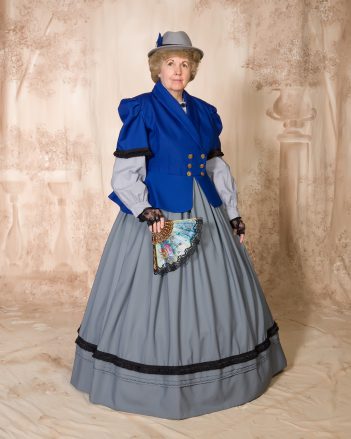 That’s the part of Barton’s life that Nikki Stoddard Schofield will spotlight when she serves as guest speaker at the May 8 Hamilton County Civil War Round Table in the council chambers of Carmel City Hall, 1 Civic Square. The 7 p.m. event is free and open to the public.

Stoddard Schofield, a Civil War romance novelist, will fill her speaker’s role in a first-person portrayal of Barton. Her presentation will last approximately 45 minutes.

“I enjoy making my first-person characters come to life for the audience,” said Stoddard Schofield, an Indianapolis resident who has had a lifelong interest in the Civil War. “Hearing the words of the historic person helps the listeners better understand what it was like for those living through the terrible Civil War.”

Barton, who founded the Red Cross in 1881, experienced the horrors firsthand. She ministered to the wounded and dying on the battlefield, often while fighting raged, risking her own life in the process.

Perhaps the most famous example was on Sept. 17, 1862, at Antietam, where, on the single-bloodiest day in American history, Barton was nearly killed while giving a drink of water to a wounded soldier. A bullet passed through her blouse sleeve and fatally struck the soldier.

“Although Clara Barton is best known for being the founder of the American Red Cross, I believe her work as a nurse and administrator during the Civil War is equally as commendable,” Stoddard Schofield said. “She not only cared for wounded soldiers in hospitals, as Florence Nightingale did, but she went onto battlefields to tend to the wounded.”

The Hamilton County Civil War Round Table meets the second Wednesday of every month except June, July, August and December. Each meeting features a renowned guest speaker from the Midwest.