You are at:Home»Current in Carmel»Carmel Community»Carmel library partnering with IUPUI to explore American ideals

The Carmel Clay Public Library will host a series of community conversations called American Creed in May to discuss American ideals. The program is presented in partnership with the IUPUI Arts & Humanities Institute. 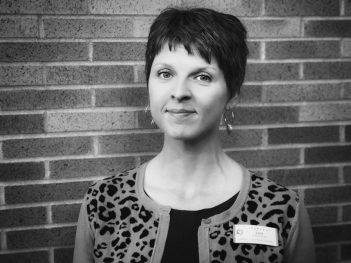 “CCPL was interested in this project of PBS and the American Library Association as an opportunity for our community members to reflect and engage in dialogue on civics-related topics and how we live together as a community,” said Sara O’Sha, CCPL audiovisual services supervisor.

The conversations begin with a screening of the documentary “American Creed” at 6:30 p.m. May 2.

“The PBS documentary, which focuses on the hopes and dreams that unite us, felt like a good way to spark thoughtful dialogue in a time when many are overwhelmed by the focus on what divides us as Americans,” O’Sha said. “Former U.S. Secretary of State Condoleezza Rice, Pulitzer Prize-winning historian David M. Kennedy and a diverse group of Americans come together from different points of view to investigate the idea of a unifying American creed. After the screening, attendees will be welcome to take part in a discussion on the idea of an American creed, or the ideals we share in common as a nation.”

CCPL will follow up with three more events each focused on a different theme. They are:

Explore what citizenship has meant through the generations through historical works and conversation facilitated by IUPUI faculty members.

Who are “we the people” and who gets to define the American creed? Join us for discussion on immigration facilitated by IUPUI faculty members.

Join IUPUI faculty to consider what civic engagement means and the interplay between engagement at the local level and with the sprawling community that is the United States.

The events are free to attend. Registration isn’t required. For more. visit carmel.lib.in.us/americancreed.