You are at:Home»Current in Geist»Geist Community»Lawrence Police Dept. to be featured on ‘Live PD’

The Lawrence Police Dept. will be highlighted for television viewers across America as it will be featured on the A&E Network series “Live PD.” 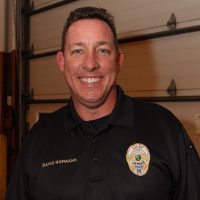 The series showcases policing in America by following different departments around the nation and videoing them in real-time as the officers patrol their communities. According to a press release from the LPD, the “Live PD” series broadcasts a mix of rural and urban communities across the nation.

The show began following LPD April 19 and will continue to do so through the summer. The crews will ride with different officers and also do pre-taped segments on Tuesday, Wednesday and Thursday each week.

“Our officers are looking forward to join their colleagues from around the country on ‘Live PD,’ documenting the activities of law enforcement agencies, along with the ‘how,’ and ‘why’ police agencies and officers perform their duties,” LPD Chief David Hofmann stated. “Live PD offers viewers a unique insight into what occurs in every community on a daily and nightly basis.”

“Live PD” airs on the A&E Network from 9 p.m. to midnight Friday and Saturday nights.