You are at:Home»Current in Noblesville»Noblesville Cover Stories»Creating the ‘wow factor’: Committee working to build off city’s history to enhance and protect downtown district

For nearly three years, a small committee of city leaders and downtown stakeholders have worked to direct money from a new city fund to make improvements to Noblesville’s downtown district.

In 2016, the Noblesville Common Council approved a trash fee. Prior to passage, residents did not pay a trash fee and the city paid for trash pick-up. Now, the residents’ fee pays for trash services, and the money that has been freed up for the city has been split to pay for new police officers, street resurfacing and the Downtown District Committee budget.

“The Downtown District Committee was created when I was council president because we had implemented the trash fee. It was started to be collected in 2016, but only a half-year was collected that year,” Wiles said. “I became council president in 2017, and I wanted to make sure that the monies that were being collected as part of (the trash fee) were really going for enhancements for downtown versus regular maintenance, curb repairs, things like that.”

“We started brainstorming about what we wanted, and the group as a whole said we want Noblesville to have that ‘wow factor,’” Wiles said. “We already have a beautiful downtown that lots of other communities are trying to replicate, but how do we make it so when people come here, they say, ‘Oh, my gosh, this is just so cool.’”

“We really want the results of our plan (the streetscape master plan) to speak for itself,” committee chair Rick Taylor said. “We’ve got the town. We don’t need to re-create it, but we do want to enhance it. We want to protect what we have and protect the history, but it has to stay vibrant for the future. When we were developing the streetscape master plan, we went around to several cities and looked at their downtowns just for ideas.

“This is such a nice plan because it lets us pick and choose out of it what’s fitting for Noblesville as we work into the future. We’ve just scratched the surface, and I think five or six years from now, we’ll really have an even bigger ‘wow factor’ than we have now.”

Taylor said the first year was spent organizing and developing a plan – the Downtown Streetscape Master Plan. Now, physical changes downtown are starting to take shape, especially on the downtown square, where fixtures like benches, streetlights, trash cans have been changed from green to black. The multi-year project began earlier this year, beginning from the courthouse square through the downtown district.

The current phase also calls for new sidewalk planters and improvements to the brick-patterned sidewalk outside the public safety building at Ninth and Maple streets. Wiles said those would likely be cast stone, and the first order should be received this summer. She said functional streetlights that were removed have been saved for later use in other spots throughout the city.

“The number of streetlights in the downtown district is in the hundreds,” Wiles said. “So, it’s going to take us awhile to get all of it switched over based on the resources we have.”

Taylor said the city is being intentional in its approach.

“By having the plan to work from, we’re trying to do (these projects) the right way,” Taylor said. “We didn’t want to just jump in with taxpayers’ money and start immediately making changes to have to go back later and say it didn’t work. By this time next summer, I think people will really see what we’re trying to do.” 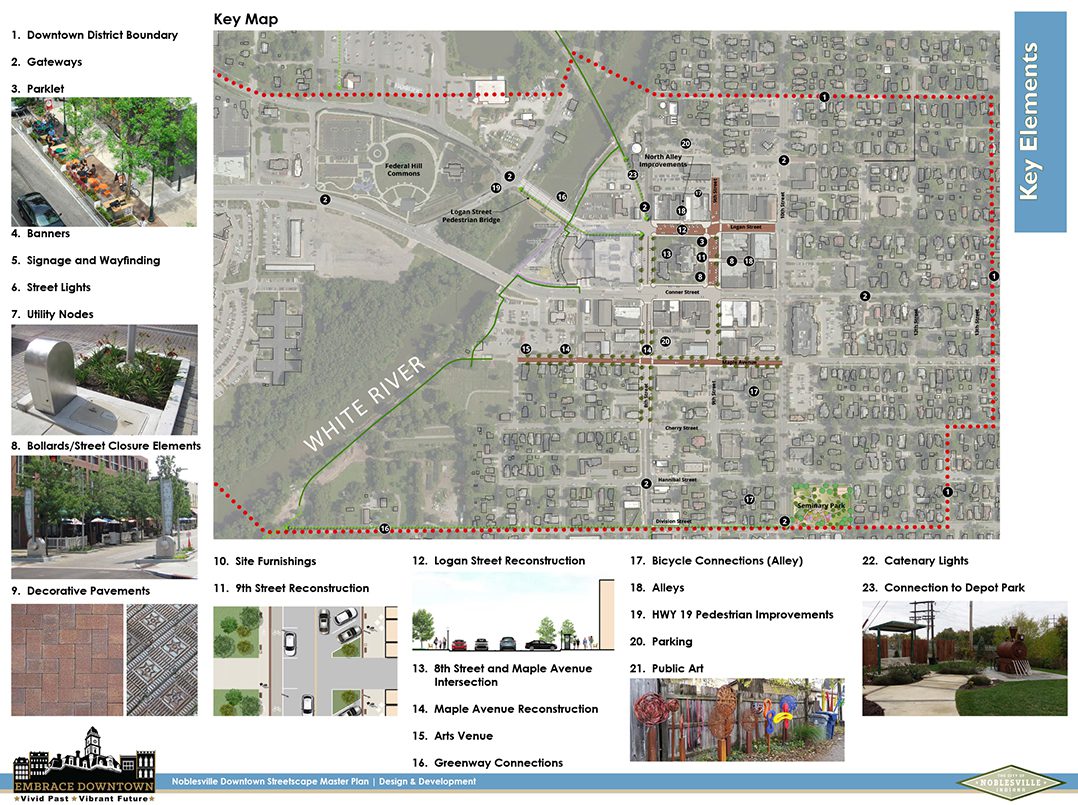 This table shows the budget for downtown improvements that have come as a result of the Downtown District Committee’s recommendations since its inception in 2017. 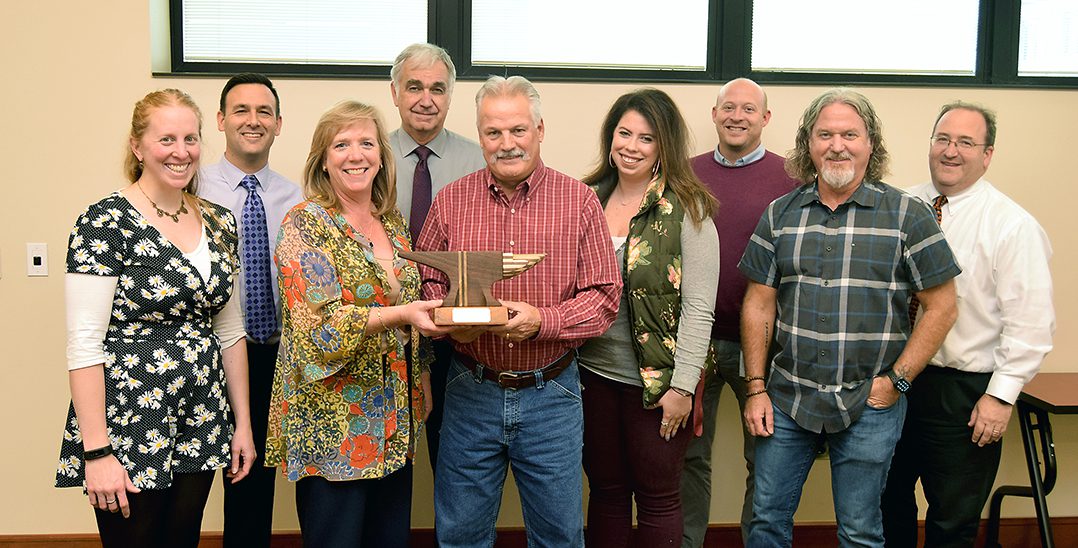 ARTS PATRON OF THE YEAR

At the end of 2018, the Noblesville Downtown District Committee was named Nickel Plate Arts’ Arts Patron of the Year, an award that recognizes members of the community who show outstanding leadership and vision in the support, promotion and provision of creativity in the community.

“The winner exemplifies the concept that art makes our entire community stronger and is good for business,” said Aili McGill, Nickel Plate Arts’ executive director. “The Noblesville Downtown District Committee was selected as this year’s winner for their efforts to collaboratively build a cohesive vision for downtown Noblesville and for making alley activation a priority. The committee’s efforts are creating an infrastructure for positive impact on the creative economy that will last generations.”