Three Fishers women recognize there’s tension between white and black women, even if it’s not always easy to talk about.

Aija Funderburk saw a video about the racial divide on the Facebook page Red Table Talk and she asked her friends Ericka Young and Chiquita Martin if they had seen.

“We are all friends and we often get together and talk about a bunch of different things, and I had seen this episode on the Red Table Talk on the racial divide amongst black and white women, and I asked them if they’d seen it,” Funderburk said.

Young and Martin then watched it. Another friend also watched. The women then decided the subject was important to discuss.

So, the three decided to have a candid conversation about race relations in the Fishers community. Approximately 30 women attended the first meeting Feb. 25. They plan to conduct conversation groups once a month at Hamilton East Public Library, 5 Municipal Dr. 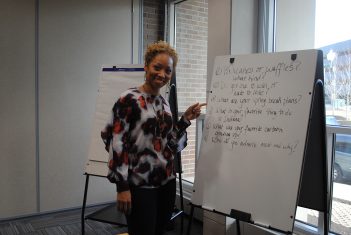 Ericka Young showcases the ice-breaker list of questions for the meeting. (Photo by Anna Skinner)

“It was just a really candid, open conversation (on the) video,” Funderburk said. “That was what really appealed to us, and having that really open conversation without the fear of being judged or critiqued but in a way to figure out a different perspective.”

During the first meeting, the women talked about the divide between women of different races, but they expect different topics in future meetings.

“In general, I think race is a touchy subject and I think we don’t typically have a forum, a safe space, where we can have conversations that are challenging but still get a chance to understand one another better,” Young said. “I think sometimes we tend to gravitate in our own little circles and have conversations without including other people who may not think like you.”

At the first meeting, the forum included discussions about how women find it difficult to relate to women of other races, how some questions are difficult to ask and, among other topics, how not to offend. The topic of white privilege, if it exists and what it means, was the main discussion point of the second panel

“One of the questions was just about, I thought it was really interesting, just the descriptor, using ‘black’ as a description,” Martin said.

In the future, the women might invite men to the panels, but Young said some topics are better for women-only discussion. Women of various races attended the first discussion group.

“I think there’s a divide. I think we just don’t talk about it. I think that’s why we had such a great showing at the first meeting,” Funderburk said. “I think people feel tension, they just don’t know how to tackle it. I think this was a breath of fresh air for the women that came. I think there’s room to grow racially. Just things I hear about at various schools, things written in bathrooms.”

Young said her 15-year-old daughter is interested in starting a similar group with her teenage friends.

“We are just local moms in the neighborhood,” Young said. “We are not doing this because the school system wants it, and it doesn’t have a business backing. I think there’s something to be said for just everyday people coming together and decided, ‘Let’s not be so far apart on this issue and see how that feels.’”

For more, request to join the Real Talks Hosted By Ace Facebook page. 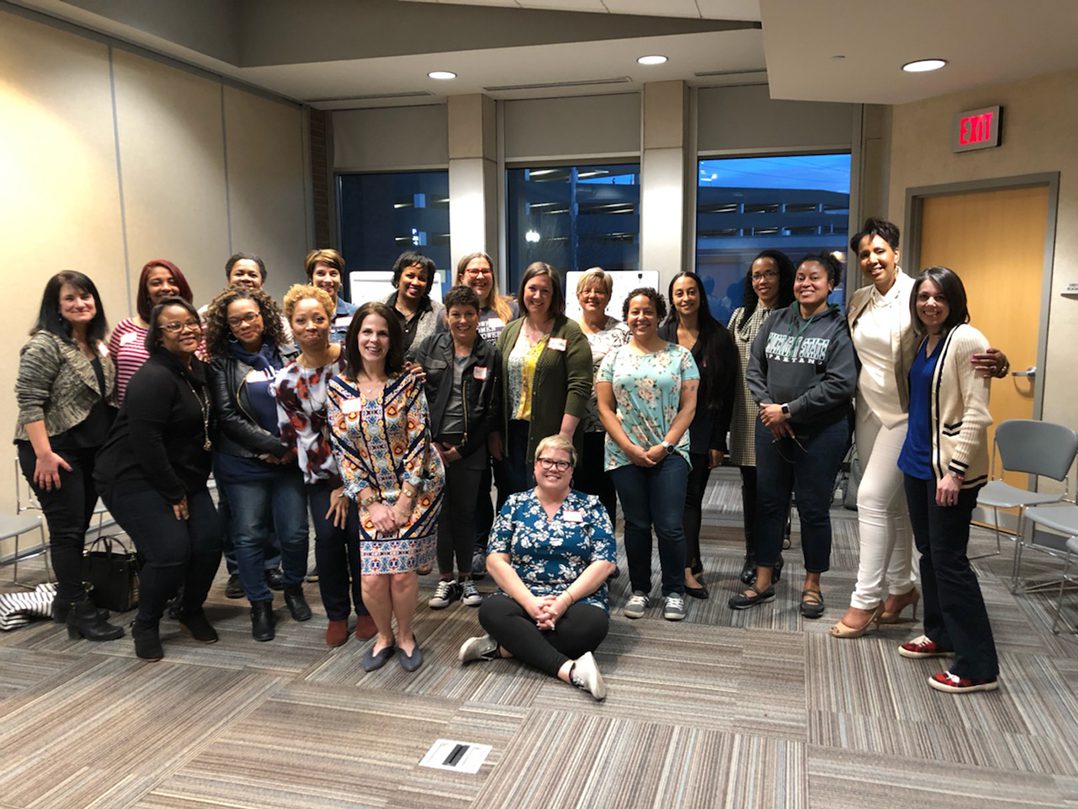 The group of women who attended last month’s the Real Talks Hosted by ACE meeting in Fishers. (Submitted photo)

Erika Young, Aija Funderburk and Chiquita Martin say the best wat to bridge the racial gap is by asking questions.

“Just ask. That’s what the floor is for,” Martin said. “I think there’s more issues when you don’t ask.”

“The issue is the assumption we make,” Young said.

Funderburk said asking is a great practice as long as the questions are posed in a genuine way of seeking insight and understanding.

“I think people get offended when they feel like you are attacking them or coming from a malicious place,” Funderburk said. “When you say, ‘I want to bridge the gap and know somebody different from me,’ I think everyone in the room was receptive to that.”