Nick Shelton has always been drawn to the technical side of theater, so it’s no surprise he performs his award-winning design magic offstage.

“I started as an IT guy, so when I got into technical theater, running cable, patching systems and building networks was something that came naturally to me,” said Shelton, a Carmel resident and freshman theater major at Ball State University. “I honestly expected to stay a technician forever, but I realized that design was something that held a lot of power, and that I really loved being able to help people feel something.” 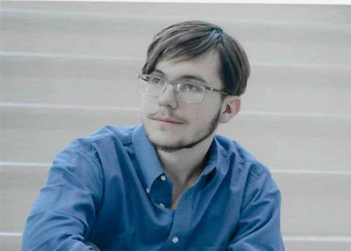 Shelton, 19, won for his theoretical lighting design for the Eugene Ionesco play “Rhinoceros,” an absurdist post-World War II drama where residents of a small French town turn into rhinoceroses. The play, written in 1959, is widely viewed as a commentary on the rise of fascism in post-occupation France.

“My plot used a lot of modern technology, specifically a lot of moving head and LED fixtures,” Shelton said. “This, combined with my concept, drew the attention of Jane Childs, the woman in charge of the Stagecraft Institute of Las Vegas.”

By virtue of his award, Shelton will attend a one-week master class — in a concentration of his choice — in June at the Stagecraft Institute of Las Vegas. He plans to explore special FX technology and practices.

“I love theater because I love the idea that I get to help make the world a little better, one audience at a time,” Shelton said. “I firmly believe that if I can affect at least one person in each audience, I’ve done my part to help change the world, even if only that one person’s world.”