You are at:Home»Current in Geist»Geist Community»Lawrence, Zionsville and Noblesville schools included in diversity recruitment fair

School districts across central Indiana will participate in a Diversity Recruitment Fair conducted by Washington Township Schools from 5 to 7 p.m. April 15 at 8550 Woodfield Crossing Blvd., Indianapolis.

The fair has been conducted for more than 10 years. School districts will have tables representing their districts. 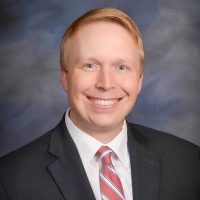 “Diverse teacher candidates are welcome to attend and be interviewed on the spot for any current or future openings the school districts have,” Washington Township Schools Asst. Supt. Thomas Oestreich said. “(The districts) are looking for teachers from different multicultural backgrounds, whether that’s black, Hispanic, Asian, or multiracial. We have had white teachers come in the past, and that’s OK, too.”

“It’s very important to us because, first of all, recent research that came out has shown that students of minority backgrounds, if they have a teacher that looks like them, it has yielded positive effects for some groups of students,” Oestreich said.

Oestreich cited two studies, one by Vanderbilt and the University of North Carolina and one by Johns Hopkins University and the American University.