You are at:Home»Current in Carmel»Carmel Community»Carmel resident Bose to enter Indiana Basketball Hall of Fame

Orville Bose knew he was being considered for the Indiana Basketball Hall of Fame, but the announcement he had made it still came as a bit of a surprise.

Bose, 81, will be inducted into the Hall of Fame March 20 in Indianapolis. Marvin Tudor, a friend from Butler, encouraged Bose to send in an application in 2018. 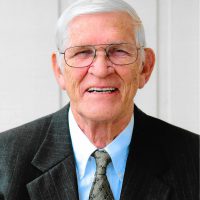 The Carmel resident led since-closed Hymera High School to its only sectional championship as a senior in 1956, averaging 27.8 points and 21.8 rebounds per game. Hymera, a Sullivan County school, was later part of the consolidation that became North Central (Farmersburg).

Hymera reached the regional final before losing to Jasper in the then-single-class system.

After averaging 34.5 points and 18.5 points in the two-game regional, the 6-foot-3 Bose got a letter from Butler basketball coach Tony Hinkle inviting Bose to visit.

“I went to see him at Hinkle and he was on the baseball field raking and picking up rocks,” Bose said. “He did everything, baseball coach, football coach, athletic director, taught one class and basketball coach. He was quite a guy. I liked him. I had great respect for him.”

Bose was a member of Butler’s 1958 and 1959 NIT teams as a sophomore and junior. Playing in the NIT in Madison Square Garden ranks as one of his best college basketball memories.  Bose averaged 17.4 points as a senior.

“We played Ohio State with (John) Havlicek, and (Jerry) Lucas and Bobby Knight was on there,” Bose said. “We used to have the Hoosier Classic with Indiana, Purdue and Notre Dame. It was two days. We played five overtimes against Wabash and lost.”

Bose was one of two Butler players to play the entire five-overtime game.

Bose and his wife, Dixie, have been married 59 years. Bose moved to Carmel from Goshen in 1996, retiring as superintendent of Fairfield Schools in December 1995. He previously was an athletic director and principal. They have three daughters. Michelle Nead and Teresa Smith live in Fishers, and  Nancy Phillips, who recently retired, is splitting time between Houston and Carmel.