“Fools” is more than just another project in Nikki Lynch’s nine-year acting career. Starting March 15, she will make her directorial debut at the Carmel Apprentice Theatre.

Lynch volunteered to direct this year after acting in last spring’s performance of “Murder on the Nile.” When selecting her play, she searched for a feel-good, family friendly script with a simple set and small cast. 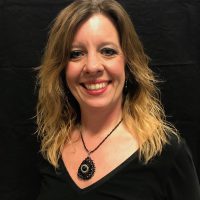 “I finally read “Fools” and fell in love with it because it’s just so funny,” she said.

“Fools,” written by Neil Simon, tells the story of a new teacher traveling to a small yet strange Russian village to teach the town doctor’s daughter. The teacher quickly falls in love with the woman and spends much of the play trying to win her affection against other competition.

“Another reason why I chose ‘Fools’ was because the characters are so vibrant and the entire show will make you laugh,” Lynch said. “You’ll just fall in love with the town and the characters and the storyline.”

The play requires one static set and 11 cast members, who range in age from teens to late 60s. Lynch said she loves the multi-generational aspect to the play.

During the show’s March 15 to 24 run, The Cat will partner with the Carmel Clay Public Library to support the summer reading program. Stuffed sheep will be sold during intermission for $10, with 50 percent of profits benefitting the library.

Proceeds from flowers sold before the show and during intermission also will benefit the library.

“Theater is just one way of telling a story, and the library is full of stories,” Lynch said. “In this partnership, we are both passionate about telling stories.”

Tickets are available online or at the door starting at $15. For more, visit thecattheatre.com.

Share. Twitter Facebook Pinterest LinkedIn Tumblr Email
Previous ArticleHopwood Cellars completes renovation, can store 3,000 bottles of wine in wine racks
Next Article Back in the Day: A look at the 1800s Nickel Plate Bar and Grill in Fishers
Follow us on Social Media