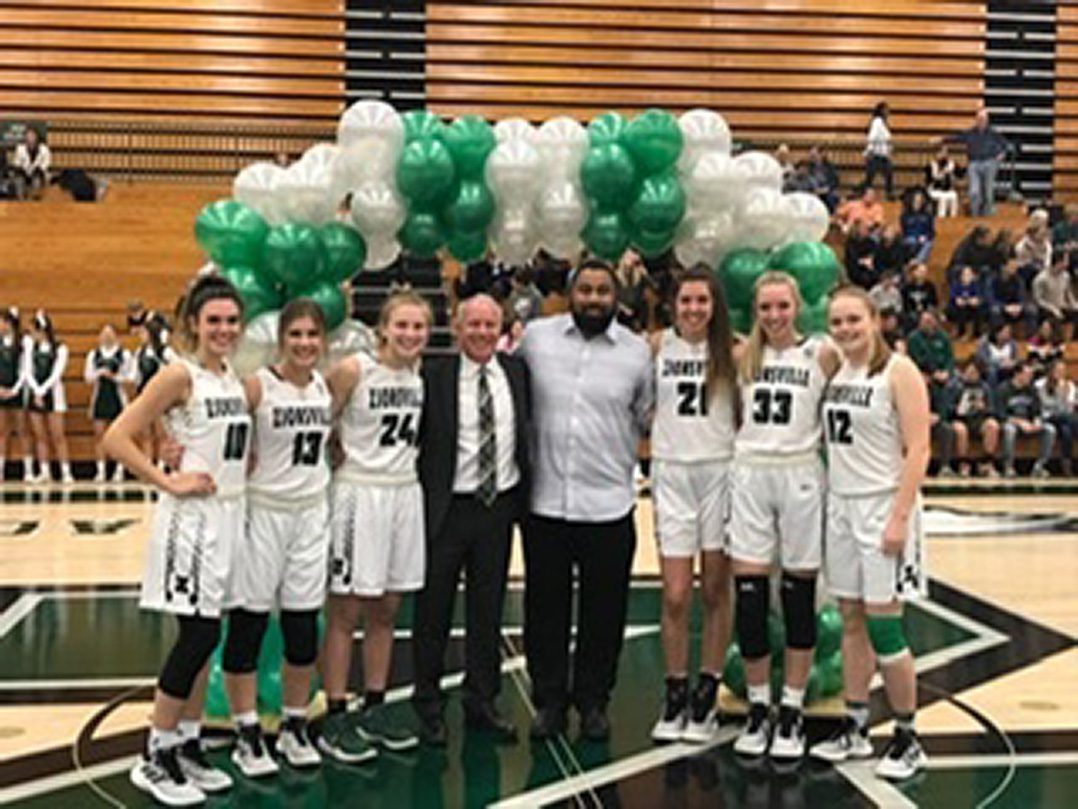 “When they won their freshman year, it was the first sectional championship since 1996. It had been a long time,” coach Andy Maguire said. “That was very exciting, and then we just got better and better after that.”

Two years ago, the Eagles finished 25-2 after losing in the regional. Last year, they were state runners-up after finishing 22-6. This year, despite injuries to key players Maddie Nolan and Megan Sheridan, they finished 18-9 following an overtime loss to Homestead in the regional.

Zionsville soundly defeated Lafayette Harrison, which it lost to in the regular season, 62-26 in the sectional final.

“It was a huge turn around,” Maguire said. “When you have kids playing out of their comfort role all year because of injured players, it’s always great when they’re able to return to the role they’re used to. The girls were really motivated in sectional to beat (Lafayette).”

Of the seniors, Nolan, Sheridan, Delaney Richason, Gabbie Woodworth and Chloe Wilson played middle school basketball together and never lost a game. Lilly Bird joined the team her junior year after her family moved to Zionsville from Florida.

Nolan finished her career as the Eagles’ second all-time scorer, moving ahead of her mom, Kris Veatch Nolan, who graduated in 1984 and is the fourth all-time leading scorer.

“I remember the exact game that Maddie passed me on the career scoring list,” Kris said. “It was her junior year at McCutcheon. She made a free throw. I think only Henry (her dad) and I knew when it happened, as we were keeping track. I was so thrilled and excited. Records are made to be broken, and when it’s your kid that breaks your record, that is special.”

Maddie is proud of her achievement.

“I thought it was cool to even have the opportunity to break my mom’s record. I would joke around with her about how I would beat her records,” Maddie said. “When I actually did it, I would mess with her like, ‘Wow, I scored as many points as you did and I did it in three years.’ And she would say how she still has the single-game scoring record.”

“For myself and for Maddie, it has always been about how the team did,” Kris said. “Individual records mean a lot less if your team isn’t successful. Maddie and I were both fortunate enough to have wonderful teammates and coaches to play with and for.”

Maguire said the team’s dedication, focus on and off the court (four of the six seniors were named Academic All-State) and their trust in each other contributed to their success. He added it will be an adjustment next year without the seniors.

“I think this group continued to improve, and that can be hard to do,” he said. “As freshmen when they won sectional, they could’ve said, ‘We did want wanted to do’ and let it end there. But this group always set goals and pushed themselves and teammates to get better.”