You are at:Home»Current in Westfield»Westfield Community»Patton files for at-large Westfield City Council seat

Troy Patton has followed Westfield politics and the city’s financial state since he and his wife moved to the city in April 2000. Now, nearly 20 years later, Patton is running for an at-large seat on the Westfield City Council.

Patton owns Archer Investments Corp., where he’s a CPA. Being well-versed in the world of finance, Patton said the city’s finances aren’t where they could be. 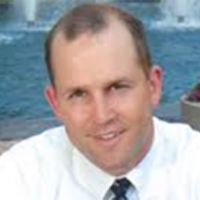 “The city’s bond rating isn’t as good as it once was,” he said. “I think growth is great. I think it needs to be tempered with the financial aspect as well. I love Westfield, and I want Westfield to succeed. I’m a competitor, and the only way we are going to succeed is working together, not just from a growth aspect, but from a financial aspect.”

Patton is concerned that TIF districts are putting the school system at a disadvantage when it comes to tax dollars received.

“I am running for Westfield. I think that’s important to say because one of the things I keep saying is we can build a better city for a better tomorrow, but everybody has got to work together,” he said. “We can’t build the city and build Grand Junction at the expense of the school corporation.”

Patton is the only non-incumbent running for one of the two at-large seats. They other two candidates are incumbents Jim Ake and Cindy Spoljaric.