The documentary is making the rounds on the film festival circuit. It was recently shown in the San Francisco Independent Film Festival and will be screened at the Sedona International Film Festival, which started Feb. 23. That will be followed by the JCC Chicago Jewish Film Festival in March and the Ethnografilm festival in Paris in April. 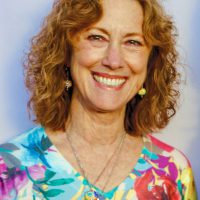 Thompson heard about Indianapolis resident Jenni Berebitsky through her husband’s hair stylist, who came to their house when her husband had ALS. One the time the stylist brought Berebitsky’s mother, Joyce Kleinman, to visit.

Thompson, an oncologist and hematologist, also was familiar with Berebitsky through newspaper articles she had read.

“I told him I knew a story worth doing,” Thompson said. “He said he was interested but was busy. I told him you might want to do it sooner rather than later because ALS could be any day.”

“And he got really enthralled with her story,” Thompson said. “Jenni is so positive and humorous and faces her life with the most amazing attitude. Anybody can be inspired by it.” 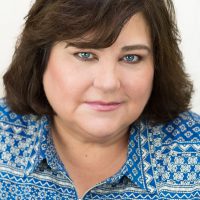 Nethercott, who served as the director/producer, got Geist-area resident Amy Pauszek, whose Where’s Amy column runs in Current Publishing newspapers, involved as producer. Pauszek and Thompson are among the executive producers. Thompson, Pauszek and Nethercott plan to attend Sedona.

“We are excited to tell the inspiring story of ALS survivor Jenni Berebitsky, who was given one or two years to live but has beaten the odds and is going on her 10th year of living an extraordinary life helping others and their loved ones,” Pauszek said.

The film recently received an Award of Merit at the Accolade Global Film Competition.

“The best part of this experience has been the opportunity to bring Jenni’s courageous message through her unconditional love, joy and beauty to audiences all over the world and at the same time being grateful for every day we have to spend on this earth with our family and friends,” Pauszek said.