Mayor Andy Cook spoke on all things Westfield during the Jan. 17 State of the City luncheon with the Westfield Chamber of Commerce.

Cook also announced the launch of the Wellbeing Coalition of Westfield — a joint effort between the Hamilton County Community Foundation, Westfield Washington Schools and the City of Westfield — to address mental, physical, social, emotional and spiritual issues by  expanding community resources and training opportunities.

“What I wanted to come up with is a plan sometime toward May or June on how this city will once again stick together as a community and address this issue (of wellbeing),” Cook said. “We know we can do it. If we make a clear-cut plan of awareness and clearly define the problems and have a clear-cut path on how to solve it, the people of Westfield will pour their hearts into it, and their time and their effort and their money.”

The core planning committee recently met for the first time, so Cook said details about the wellbeing initiative haven’t been firmly established. But they will be better developed in May when the coalition releases its plans. Among other outcomes, he hopes the effort lowers student stress and senior citizen loneliness.

Among other topics Cook touched on, he shared statistics showing 17 percent of sixth-grade students at Westfield Intermediate School have reported feeling sad or hopeless for two consecutive weeks. An additional 7 percent reported they had considered suicide. Cook said his generation didn’t deal with the same high rate of mental health issues as today’s youth.

Kyle Miller, the WWS coordinator for social and emotional learning, serves on the planning committee for the coalition. Miller  said perhaps social media has something to do with the alarming teen mental health statistics, which also impact learning.

“Back when we were in school, we could go home and get away from all of it, but with social media and everything else that comes at us, kids don’t always feel like they have a respite,” Miller said. “I think, too, we are a very busy society, and we don’t allow ourselves time to relax, rest and recharge. If we are not doing that, it has a direct impact on how we present ourselves and how we feel.”

Suzanne Clifford, CEO of Inspiring Transformations, is helping facilitate and coordinate the wellbeing coalition. She also is a key player with the coalition and brings a wealth of experience in the mental health field.

“I’ve been working with the City of Fishers for quite a few years now,” Clifford said. “I have worked in about half the states in the country doing some type of mental-health coalition, but I’m really excited about this one. The number of people that are interested in working together to solve a tough problem is critical, so I think this will be very successful because of the community spirit.”

The Hamilton County Community Foundation, WWS and the city pooled together more than $24,000 of seed money for the planning phase, but the participants aren’t sure what the cost will be to implement the final plan. But Cook said he has faith in the Westfield community, and if it can accomplish something like spreading the Youth Assistance Program across the state, it can accomplish anything.

“It’s something, as a city, we must address just as we have done with youth assistance,” Cook said. “We know there are bills moving through the legislature as we speak to fund and expand the Youth Assistance Program, that began in little tiny Westfield, and take that program all across the state of Indiana. We have done it, and we are going to do it again, so that really is what this will become. This is what I want to become the legacy of Westfield.” 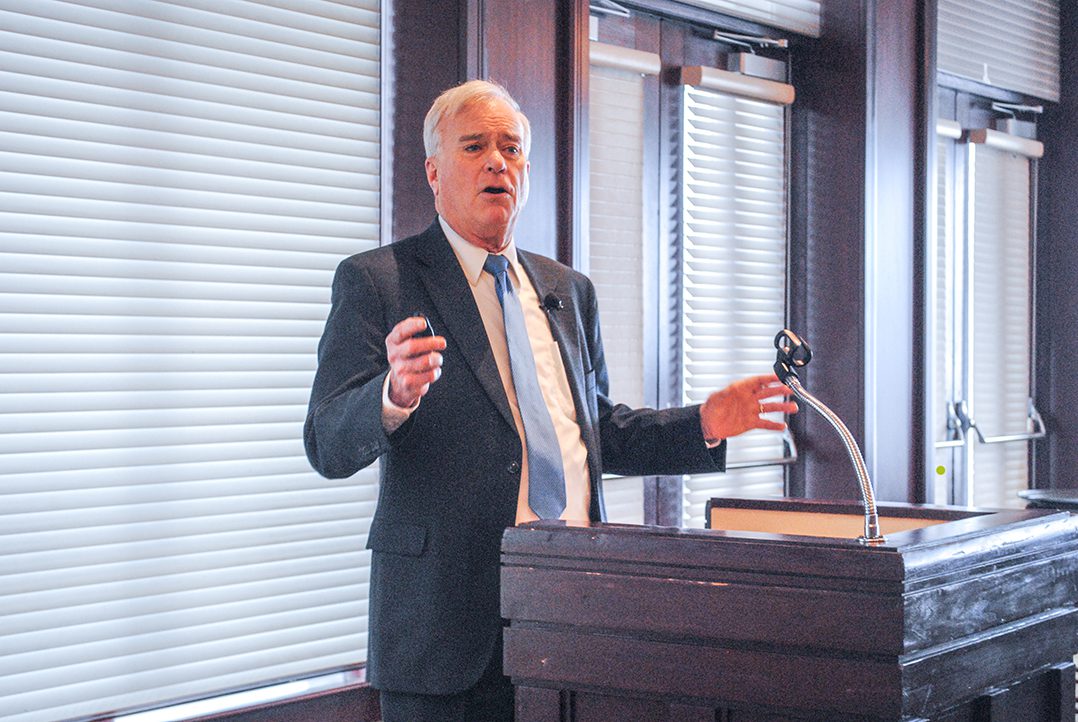 City of Westfield officials said several residents have already taken steps to plan how they can give monetarily, volunteer or help with the Wellbeing Coalition of Westfield. Residents interested in helping should email wellbeingcoalition@westfield.in.gov.