Drew Petersen’s career has been on the rise since he made his Carnegie Hall’s Weill Recital Hall debut at age 5.

Petersen, winner of the 2017 American Pianists Awards and recipient of the Christel DeHaan Classical Fellowship, will perform a solo recital at 3 p.m. Jan. 13 at the Palladium at the Center for the Performing Arts in Carmel. 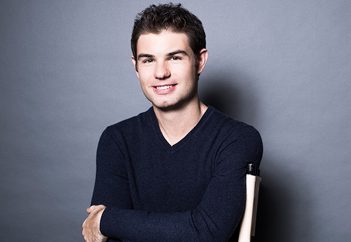 Petersen has been profiled in the New York Times and New York Magazine and serves as artist-in-residence at the University of Indianapolis.

Earlier this year, Petersen received the prestigious 2018 Avery Fisher Career Grant. His debut album was released in 2018 on the Steinway & Sons label.

There will be a pre-concert discussion led by Heather Platt, professor of music and musicology at Ball State University. Complimentary for ticket holders, the lecture provides attendees an insider’s perspective on the works performed at the venue’s classical performances.