Marcus Truschinski will venture into new territory with “Every Brilliant Thing.”

“It is my first foray into a one-person show and I’m equally excited and terrified,” he said. 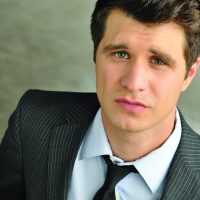 “Every Brilliant Thing” is set to run from Jan. 8 to Feb. 10 at Indiana Repertory Theatre, 140 W. Washington St., Indianapolis. The off-Broadway hit was written by Duncan Macmillan and Jonny Donahue. The play runs 75 minutes without an intermission.

Truschinski said IRT executive artist director Janet Allen’s faith in him is what initially attracted him to the show.

“She asked me if I wanted to do it,” he said. “I’d read another of Duncan Macmillan’s plays called ‘Lungs’ and really loved it. I think ‘Every Brilliant Thing’ is a special play that really speaks to what’s happening right now.”

The play centers on what makes life worth living.

“Being onstage and carrying the show on my own is challenging enough but there is also a lot of audience interaction involved in the show,” Truschinski said. “It’s handled in a way that I’ve never experienced from a play, so I think people who come will leave the theatre thinking that they’ve experienced something different, something unique.”

Truschinski previously appeared in “The Hound of the Baskervilles” and “The Mystery of Irma Vep” at IRT.

Truschinski said the audience and the people who work at the IRT are what he enjoys  the most about appearing at the Indianapolis venue.

“They are both very generous, so I relish the time that I have in Indy,” said Truschinski, a core company member of American Players Theatre, which is based in Spring Green, Wis.