Parker previously worked at Center Grove Schools, where he served as the assistant superintendent of teaching and learning. He signed the superintendent contract at the Dec. 17 MVCSC Board of Trustees meeting. 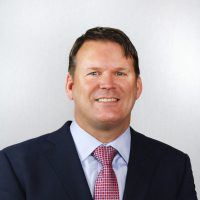 “I am very excited to develop a plan to have a community conversation about the impending growth in Mt. Vernon Community Schools and what we can do together to plan for the continued success of the corporation,” Parker said.

The MVCSC Board of Trustees recently commissioned a demographic study. Parker said he is anxious to see the results.

“The district is building in many ways, and the biggest way, really, is student growth,” Parker said. “The biggest challenge is developing a collaborative plan to manage growth. The school corporation is a solid school corporation with many great people doing the right things for kids. I’ve already learned enough to know it’s a pretty special place.”

Parker begins his new position Jan. 7. He plans to spend that morning riding a buses to school with students.

Parker began his teaching career in 1989 as a band teacher at Center Grove Middle School Central.

“I spent my days at the middle school and my evenings and weekends at the high school with the marching band. Those were great times,” he said.

Parker said he saw the need for strong leadership and that led him to seek out a superintendent’s position.

“I enjoy working at the big-system level and serving as many people as I can,” he said. “I was put on this earth to help people grow, and I am able to continue that mission on a broader scale by serving as a superintendent.”

Parker has received numerous accolades throughout his career, such as being named the 2009 and 2013 District 9 Middle School Principal of the Year. He led Center Grove Schools’ strategic planning and involved more than 400 community stakeholders throughout the process. He also led Center Grove’s ISTEP score growth, which rose from 40th in the state in 2014 to 11th in 2017.