You are at:Home»Current in Westfield»Westfield Community»Jeff Boller vies for District 5 council seat against incumbent Bob Horkay

Westfield resident Jeff Boller has worked in recent years to position himself to run as a Republican candidate for Westfield City Council. 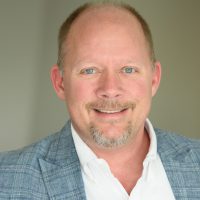 Within the past 10 years, Boller launched the Spring Mill Task Group, has been a member of the Westfield Lions Club and was president of Countryside’s Homeowners Association. He also served on the School Construction Referendum Political Action Committee in 2017.

Boller applauds the current council members on their service, but he said he can bring a new generation of ideas and leadership to the council if elected in 2019.

“I’ve had great mentors along the way, and I have been basically preparing myself for this opportunity,” said Boller, 51. “I feel like now is the time for the baton to be passed to the next group of people that are going to help make Westfield the best that it can be.”

If elected, Boller said he wants to promote more quality building instead of quantity. He also plans to look into bringing workforce housing to the city and increasing communication from council members within the community.

“That was one of the reasons why I helped start the Spring Mill Task Group, which is in place to help with managing the growth around Spring Mill Road and 161st Street,” Boller said. “That was the first of its kind and now there have been other groups that have organized as a result of that, and it’s a great way to get the community involved in hand-picking things that matter to them.”

Boller said his career allows him the flexibility to meet with and listen to constituents if elected. He owns Vision One Real Estate.

“I work here, I live here, I have a lot more flexibility to meet with the community,” he said.

For more on Boller’s campaign, visit Friends for Jeff Boller on Facebook or jeffboller.com.