Hamilton Southeastern Schools has maintained its A corporation rating, according to the Indiana Dept. of Education’s annual A-F accountability report released Nov. 14.

“We are proud of the work of our students and teachers,” district spokeswoman Emily Abbotts stated in an email. “We also recognize that our entire community plays an integral part in our continued success.”

Four HSE schools improved their letter grades from a B to an A. The are Brooks School Elementary, Cumberland Road Elementary, Harrison Parkway Elementary and Thorpe Creek Elementary. 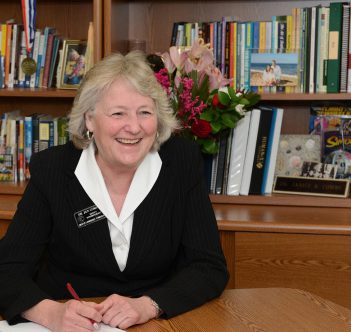 “Absolutely ISTEP affected school ratings,” Asst. Supt. of curriculum Janice Combs told Current in in 2017. “The impact from performance and growth was significant.”

“We will strive to prepare each one of our nearly 22,000 students with the knowledge and skills they will need for success in the 21st century,” Abbotts said.

Carmel Clay Schools and Noblesville Schools also maintained an A rating, while Westfield Washington Schools saw its grade rise from a B to an A.

Approximately 22 percent of Indiana schools improved one or more letter grades, with nearly 9 percent improving to an A. Overall, nearly 64 percent of schools received an A or B.

“Our current accountability grades are an indication of the great education Indiana students are receiving,” Indiana Supt. of Public Instruction Jennifer McCormick stated. “Our work is paying off and as a department, we will continue to partner with dedicated stakeholders to ensure every school and every student is successful.”