You are at:Home»Current in Zionsville»Zionsville Community»Richey, Longest retire from school board

During its Dec. 10 meeting, the Zionsville school board celebrated the retirement of long-time members Shari Richey and Jim Longest. It was their last meeting. 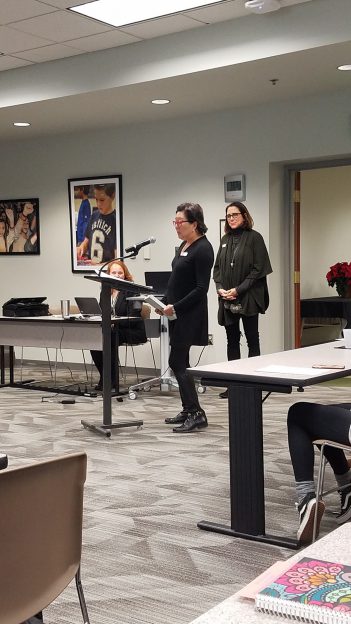 Richey was elected in 2010 but began her work with the board three years prior when she led the superintendent’s Cost-Cutting Advisory Committee. Board President Jane Burgess said Richey applied her professional experience as a CPA to manage the community.

“(Richey) has been a tireless advocate for ZCS and has assisted mightily in helping ensure tax neutrality,” Burgess said.

Longest served ZCS for 12 years. Burgess said he brought engineering skills and data-driven leadership to his role and was connected to Zionsville and Whitestown .

“He’s just been a great person to work with during my board career,” she said.

Both members received a plaque recognizing their dedication and impact. Longest was not in attendance due to family commitments.