Jonathan Astashinsky, a Carmel High School and West Point graduate who started writing less than two years ago, has published his first novel. “The Nine Bishops” is the first book in a trilogy. 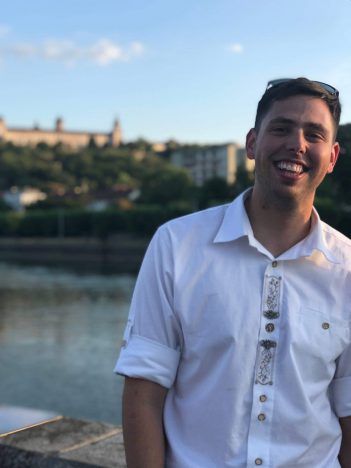 “I’d just graduated (West Point) and was driving home, which was a 12-hour drive. I remember thinking about a book I just read, ‘The Name of the Wind,’ and thinking how the story could’ve been had some things changed,” Astashinsky said. “And then I just turned off the radio and came up with my own fantasy plot, telling myself I could make something better. I never considered myself a writer and certainly didn’t think it was something that could be fun.”

But when Astashinsky arrived home, he told his mom he was going to write a book.

“She laughed, but sure enough almost a year later, after hiring an editor and spending hundreds of hours on writing and revising, I’d finished my first book,” the 23-year-old said. “I started the book around June or July 2017 and finished it in October 2018. I think I could’ve written it faster, but I work full-time, so I typically only had time on the weekends and late hours of the night.”

Astashinsky, a first lieutenant in the U.S. Army, serves in the 2nd Cavalry Regiment as an executive officer for a support troop in Germany as a logistician. 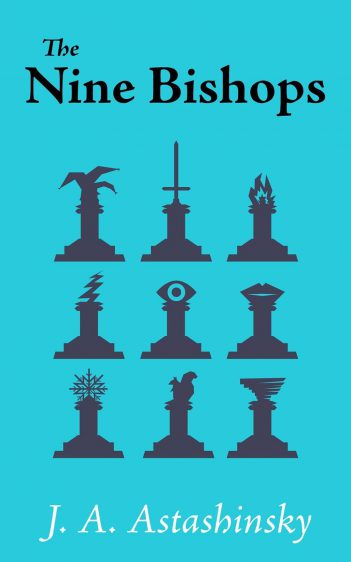 ‘The Nine Bishops’ is the first book in a trilogy by Jonathan Astashinsky. (Submitted photo)

“The Nine Bishops” tells the story of Mika, a teenager planning to run away from the circus, where she is a member of the “despised, magic-less class known as the Filth.” After an accident unleashes magic Mika had no idea she possessed, she begins a journey through the Kingdom of Seemos that tests her “wits, courage and powers, and (sets her) on the path to realizing her true destiny.”

“(I’ve had a) very positive reception of the book,” Astashinsky said. “Of course, I get a lot of criticism on what I could’ve done better, which I’ll definitely use going forward, but I truly appreciate feedback because it only helps me get better.”

The book was illustrated by Astashinsky’s brother, Nikolas.

“One of my brother’s hobbies is to work on creative art projects. I gave him the concept of the cover and map of the world and he delivered exactly what I asked for,” he said. “He’s a great asset because he gives me genuine feedback and is always willing to help. I’m definitely lucky to work with him. Plus, he was free labor, so that’s always a positive.”

Astashinsky has already completed most of the story and timeline for the next two books. He anticipates it will be another six months before the rough draft of the second book is complete.

“The Nine Bishops” is available for Kindle for $9.99 on Amazon.