Westfield High School has launched a student-led literary magazine and online platform to represent the voices of the high school’s growing student body. 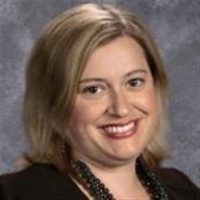 WHS Assistant Principal Alicia Denniston said the new magazine, “The Lantern,” has  long been planned in an attempt to expand the school’s journalism offerings.

“We wanted to have the right students and faculty, the time and energy we could utilize and make this work,” Denniston said.

Junior Benjamin Rascon Gracia, who serves as The Lantern’s editor-in-chief, said he noticed WHS was one of the few schools in Hamilton County without a student publication, so he took matters into his own hands.

“Westfield has been sort of lacking in journalism and student voices. We haven’t had many (media sources) other than the weekly news of RockTV and yearbook,” he said.

Rascon Gracia said the outlet seeks to cover not only news but features, opinion and other happenings in the community. 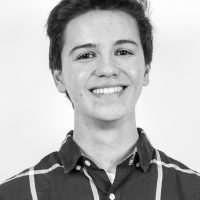 “We want to feature students, clubs and talents and recognize them,” he said. “I think that overall this is well received. (WHS administration) might not like what we publish, but we don’t intentionally publish controversial things.”

Denniston said the magazine is a unique blend of news, video and a literary magazine called “Verbatim.”

“A hub is what I would call it. There is definitely that newspaper side and also editorials, features, but I would say it’s a blend of newspapers and magazines,” Denniston said.

The Lantern was launched after fall break.

Students can submit work online or in person. All student work is then submitted to a staff advisor who makes sure it follows journalism standards.

The Lantern is an extracurricular activity. Students journalists meet for 40 minutes on Wednesdays during WHS’s recently established Plus Time.

“The idea would be as this grows it would be a class,” Denniston said.  “This is going to be beneficial for our school. We have always wanted to have more outlets for student voices and a place for students where they feel like they can communicate and take ownership of what’s going on at our school.”