Background Info: This home, built in the early 2000s, is in the Delaware Trace neighborhood of Carmel. The homeowners wanted to stay in the home for several more years but wanted to make the space their own, aesthetically and functionally.

The focus of this project was the kitchen, because although the home had plenty of square footage, the kitchen was dark and confined. The layout of the space didn’t work well for the homeowner and storage was limited. The materials were dated and lacked appeal. 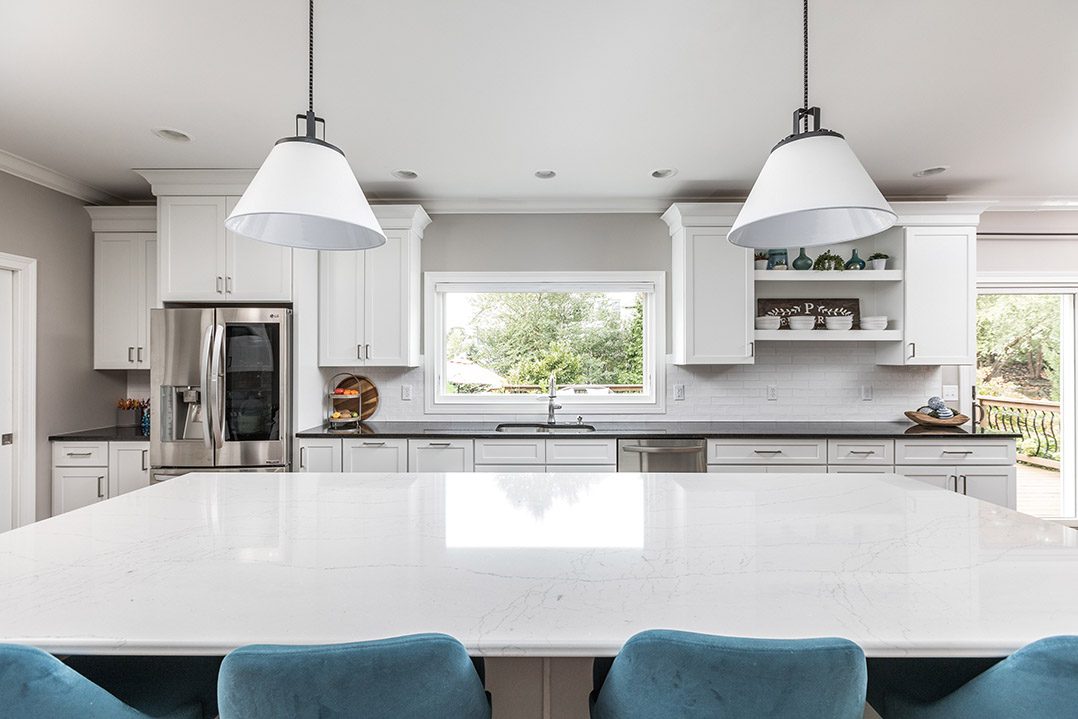 The goal was to create a larger kitchen that was more functional for the homeowner while bringing the space up to date.