You are at:Home»Current in Carmel»Carmel Community»Four years after loss, Ford credits fighting spirit for unexpected win in state Senate rematch

That’s the day he made history, becoming the first openly gay person elected to the Indiana General Assembly and – almost as rare a feat – a Democrat elected to a statewide office to represent a portion of Hamilton County. 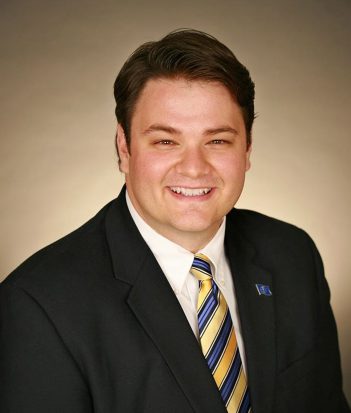 Ford defeated incumbent conservative Republican Mike Delph Nov. 6 to win the state Senate District 29 seat. The outcome was unexpected to many – even Ford – and one of the few bright spots for Democrats in the Hoosier state, although they did close the gap in many races in traditionally Republican Hamilton County.

Ford, an Indianapolis resident, said he walked more than 400 miles in the district to knock on more than 30,000 doors during his campaign. And now that he’s elected, he doesn’t expect to slow down.

“I plan to work equally hard on the administrative and Senate side of things,” he said. “I don’t just stop because I got elected. I’m going to continue to go full steam ahead.”

This year wasn’t the first time Ford and Delph had ran against each other for the District 29 seat. Delph, who took office in 2005, defeated Ford in 2014 by approximately 2,400 votes.

Ford was devastated by the loss, but it gave him four years to learn from his mistakes and refine his message. Plus, his determination to try again resonated with voters, he said.

“(Losing in 2014 was like) falling off the proverbial bike and getting back up, dusting yourself off and getting back out there,” he said. “So many Hoosiers face that same story day in and day out, and I think a lot of people connected and really appreciated that I was working hard to show this was never about me, it was about them.”

Ford, whose district includes parts of Hamilton, Boone and Marion counties, narrowly lost the overall vote in Hamilton County, but he won 10 precincts in Carmel after losing all of them in 2014. He recalls people telling him four years ago that he’d never have a chance to win in a district that included Hamilton County, and he’s spent a lot of time explaining why he didn’t believe that to be true.

“I believe we have one of the most educated districts in Indiana, so people will take a look strongly at the candidates and do their research. In this case, that’s exactly what happened here,” he said. “We spent a lot of time up there, going door-to-door and making the case to voters.”

And as for those who didn’t vote for him, Ford hopes to earn their support.

“I hope that they call my office or reach out if I can ever be of any assistance,” he said. “To me, it’s about serving everybody in our district, including the people with whom I may disagree.”

Ford campaigned on the Five E’s: education (he supports expanding Pre-K and all-day kindergarten and limiting vouchers and private school tax credits); the economy (improving mass transit and raising the minimum wage); election reform (stopping gerrymandering and reforming campaign finance); equality (creating basic protections for the LGBTQ+ community and immigration reform); and the environment (investing in energy sources other than coal). He said he plans to continue advocating for change in those areas because that’s the job his constituents elected him to do.

He’s honored to be the first openly gay person elected to a statewide office in Indiana, but that’s not his focus as he prepares to take office.

“We definitely made history, and I don’t want to take away from that, but there is so much more to me than just that,” he said. “I really hope to get into the general assembly and start to really talk policy and get these different ideas going so people don’t see me in one label or that one box. At the same time, I’m honored and humbled to be a voice for LGBT+ Hoosiers who have been marginalized by our state government.”