You are at:Home»Current in Noblesville»Noblesville Community»‘You wanted devastation’: Noblesville shooter will be under control of department of corrections

David Moore, the former Noblesville West Middle School student who injured a classmate and teacher after opening fire on May 25 at the school, will be warded to the Indiana Dept. of Corrections. 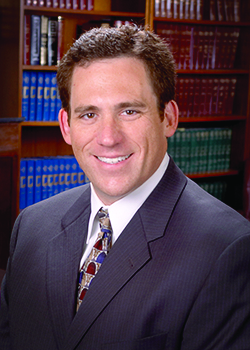 Hamilton County Circuit Court Judge Paul Felix made the determination today during a 9 a.m. hearing at the Hamilton County Government and Judicial Center in Noblesville.

Moore will remain under the jurisdiction of the DOC until he is 18 years old, but could be released sooner, depending on his behavior and completion of juvenile DOC programs. The sentence is considered indeterminate.

The sentencing consists of Moore being transferred from the Hamilton County Juvenile Detention Center in Noblesville to a DOC facility, of which there are two in the state, one in Logansport and one in Pendleton. A location has not been chosen for Moore.

Today’s hearing lasted approximately an hour. Most of the time was used by Felix, who delivered an emotional explanation for his decision, pausing several times while speaking to gather himself.

“I guess Ella was maybe nervous about a test she would take that day in Mr. Seaman’s class. I guess she would have thought about spiking a volleyball or would have showered and washed her hair with her own two hands,” said Felix, who then moved on to Seaman, saying he likely left home that morning after kissing his wife goodbye, got into his car without any hip pain, and thought about his students, even Moore, whose normally good grades and behavior began changing that semester.

“Not one of these people considered how this would be the day that would haunt their memories the rest of their lives,” he said.

Felix talked on Moore’s upbringing, saying he had a life of structure and rules and was supported by family, friends and a faith-based community.

“Nothing about your past or upbringing would have made anyone think you were capable of what you did,” Felix said. “With 20/20 vision, is it possible to glean how May 25, 2018 happened?… I don’t think so.”

Felix also talked about Moore’s intentions and planning of the attack.

“You calculated it, planned it, down to trying to find the blueprint to (the school),” Felix said. “You wanted devastation. Where, David, do you get these ideas? That’s the thing, I don’t know what motivated you. I know from the psychological evaluation that you have deep-seeded, severe (issues).”

Felix said Moore’s psychological evaluation concluded that Moore had a desire to provoke fear, got pleasure in violating the rights of others, that he has an empathic disorder that makes him enjoy humiliation and that the safety of others would be jeopardized if there was failure to provide residential treatment.

Moore’s attorneys, Chris Eskew and Ben Jaffe, and parents, Kevin and Sarah Moore, were working for Moore to be sent to a mental health facility, St. Francis Center in Dyer, Ind.

Felix cited state statute for juveniles as a reason that would not be an ideal option. The facility is more than 2 1/2 hours away from Noblesville, and Felix said the goal of the juvenile court system is aimed at keeping families close together with the least amount of family disruption, but also consistent with the safety of the community.

According to Felix, the Moore family had sought out 15 total mental health facilities for their son. Only St. Francis accepted him. Felix said he believed the family was worried others in the DOC’s juvenile system would influence Moore negatively.

“You seemingly did everything on your own,” Felix said. “My concern is for the safety of those you will be near, not the other way around … You offered a statement of remorse (Nov. 5). I reject it. It was not sincere. You said the right words, but what have you done?”

Felix then proceeded to briefly tell Moore, his parents and their attorneys about the process going forward. He also issued to no-contact orders for Whistler and Seaman. Moore’s violation of the orders could mean charges for invasion of privacy.

Felix said this scenario also could be different had Moore taken any physical property from anyone, in which the state could have charged him for robbery with a deadly weapon, making it so he could be sentenced to DOC until age 18 with no early release.

“David avoided (adult charges) by merely a few months. As an adult charge, you would have faced decades in prison,” Felix said. “You took this community’s sense of safety…you took things, David, just not anything the state can consider property.”

At the end of the hearing, prosecutors asked that the court request progress reports on Moore from the DOC.

Moore will remain at the Hamilton County Juvenile Services Center where he has been since May until the DOC transfers him. It is not yet known when Moore will be transferred.

Noblesville schools released the following statement after the hearing:

“The traumatic incidents of May 25, 2018 have forever changed the lives of our students, staff and community. Our sincerest hope is that this boy never hurts anyone again. We appreciate the court’s powerful comments and final decision, and recognize that it was appropriate within the limited confines of what state law will allow. We’re hopeful this will be a step towards closure and healing for the victims and our community overall.”

“First, I must thank (Hamilton County Prosecuting Attorney D. Lee) Buckingham and his team at the Hamilton County Prosecutor’s office. They left no stone unturned throughout the duration of this case. I hope that the decision made this morning will allow some members of the Noblesville community and others impacted by the shooting some closure and further healing.
Ultimately, I believe the Indiana Department of Corrections is where the perpetrator belongs given the two options, but I am dissatisfied with the fact that current Indiana law legally prevented prosecutors from trying the perpetrator as an adult. The teenager in this case attempted to murder two people with a motive that is unknown, and he will be able to rejoin society in roughly five years if not sooner. I cannot speak for others, but in my mind, this is not justice. It is not justice for me and my family nor the other victim and her family.”