You are at:Home»Night & Day»Entertainment News»Saxophonist James to perform at Palladium
Boney James’ jazz style leads more to the rhythm and blues side. Some have described his jazz as muscular and gritty.
“I’ve never thought of myself as a smooth jazz artist, per se. I’ve always been grateful those stations play my music,” James said. “I just try to be me. I don’t know if I fit so neatly into any category. I’m sure every artist feels that way. I just try to do my own thing.”
James, a four-time Grammy Award nominee, will perform at 8 p.m. Nov. 16 at the Palladium at the Center for the Performing Arts in Carmel. 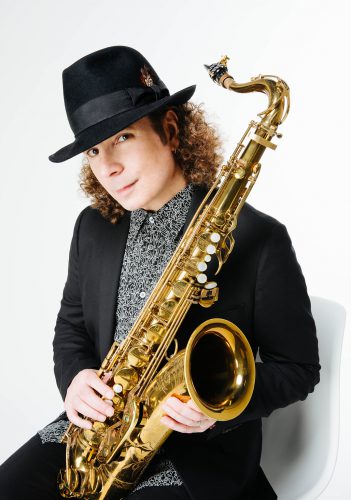 Saxophonist Boney James’ concert is set for Nov. 16 at the Palladium in Carmel (Submitted photo)

James has been touring since the album “Honestly” came out in September 2017. James said the tour will likely extend through the summer of 2019.
“The record has got such legs, it’s all good,” James said. “We just had the third No. 1 single (‘Up All Night’) off the record and two R&B singles.’
The album is James’ 16th.
“Every record is my baby and I’m in love with it. I still feel very fondly about all the work I’ve put in,” James said. “This record did feel special when I turned it in. All I can really judge is how the fans are reacting to it. The one just felt like the songwriting was really, really strong and it seems like everyone else is agreeing.”
James co-wrote all but one track, a rendition of Johnny Mercer/Hoagy Carmichael’s “Skylark.”
James said four to five songs will be part of the concert set.
“It’s tough in a 90-minute show because you have to figure out where you are going to put all the new music because there are all these other songs people want to hear,” James said. “Invariably, you’ll hear, ‘How come you didn’t play so and so.’ I quote k.d. Lang, the great artist, who I heard say on stage one time, ‘Too many hits, too little time.’”
James said as the tour goes on, they add songs or change things.
“We just added that third single that went to No. 1,” James said. “There is a little tweaking, too. We changed the arrangements, too, because sometimes someone will do something on stage. We’ll say, ‘That’s cool. Let’s put that in.’ It’s a little bit of a work in progress.”
There is some improvisation, too.
“It’s a nice combination of scripted and fresh every night, which is kind of a cool thing,” James said.
Joining James on stage are a guitarist-vocalist, bass player and keyboard player at a variety of venues on the tour.
“We play the Hollywood Bowl, which is about 17,000 people, and then we are playing at Jazz Alley in Seattle, which is like 250,” James said. “So, it runs the gamut.”
James said the live music experience is more important than ever.
“People are looking for moments to feel good now,” he said. “It all feels a little more good.”
James, who also plays keyboards, toured with Morris Day and then the Isley Brothers and others before embarking on his solo career.
James is based in Los Angeles, where his wife, Lily Mariye, is an actress and director. She is best-known for her longtime role as  nurse Lily Jarvik on “ER.”