For Suzanne Fleenor, there is one major mission in presenting “It’s a Wonderful Life: A Live Radio Play.”

“I think the greatest challenge is to bring as much warmth and humanity to the radio play as you see in the movie because it’s such an iconic movie,” Fleenor said. “We want to evoke that same kind of emotion through radio acting.”

The Actors Theatre of Indiana will present the Christmas favorite Nov. 16 to Dec. 23 at the Studio Theatre at the Center for the Performing Arts in Carmel.

The play is a tribute to live radio in the 1940s and Frank Capra’s holiday film classic, which starred Jimmy Stewart and Donna Reed as George and Mary Bailey.

ATI co-founders Judy Fitzgerald, Cynthia Collins and Don Farrell are all performing in the production. Fitzgerald, a Carmel resident, portrays Sally Applewhite, who is the voice of Mary Bailey.

“I’ve never done this show before and I’ve seen (the movie) a zillion times,” Fitzgerald said. “I listened to the radio show they did do with Jimmy Stewart and Donna Reed. You want to sound as much like them as you can. It’s not like we look like them, but we want to sound like them because people are listening. My feeling is it’s like we’re in front of a live studio audience and the rest of the country is sitting by the radio listening to it.” 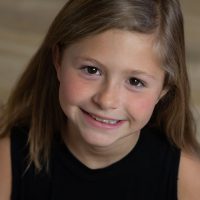 Fitzgerald has never viewed the radio broadcast as a play.

Paul Tavianini, making his ATI debut, portrays Jake Laurents, who does the voice of George. Tavianini performed as George in a Ball State live radio play for Indiana Public Radio in 2016.

“It’s a reminder what this form (radio) used to be back in the day and it’s fun to do it even now,” Tavianini said.

“I just (recently) saw the movie and I really liked it,” said Pfeiffer, an Oak Trace Elementary fourth-grader. 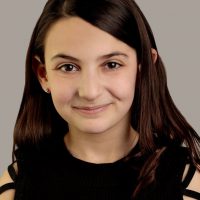 Carmel resident Sadie Cohen, 9, said her role is a major departure from her recent part in Ball State’s production of “Fun Home”

“I don’t think there are any bad words in this one,” said Cohen, a West Clay Elementary fourth-grader. “I’ve never been in a (regular) play before, but I’ve been in musicals, so I’m happy to do something that doesn’t have much singing. Again, a big difference.”

Cohen, who was a cast member in “Annie” at Beef & Boards in the summer, portrays Young Mary.