You are at:Home»Current in Carmel»Carmel Community»School funding, hate crimes law among issues Schaibley plans to address if re-elected

Health care, school safety and workforce development are among the issues State. Rep. Donna Schaibley hopes to continue working to address if re-elected next month to the Indiana House of Representatives.

Schaibley, a Republican, is facing challenger Naomi Bechtold, a Democrat, to represent District 24 – which includes portions of Hamilton and Boone counties – in the Nov. 6 election. Both candidates are Carmel residents. 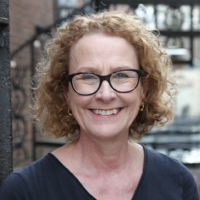 A member of the House of Representatives since December 2014, Schaibley said she is committed to working with those outside her party to create legislation.

“I have always had a reputation for being someone who works with varying groups within our community,” Schaibley said. “That has been a very good trait to have at the Statehouse, because I can reach out across the aisle and work with the various members who may have differing opinions than mine.”

Schaibley considers her work on a law to create greater transparency and accountability in the health plan prior authorization process among her top recent accomplishments at the Statehouse. She also worked on legislation to expand mental health services, require newborn screenings to test for SMA and modernize local government.

In the next legislative session, she wants to address the state’s school funding formula, as two school districts in areas she represents – Zionsville and Carmel – receive the least amount of funds per pupil in Indiana.

“I’ll continue to work to provide more equitable funding and provide more funding for classroom instruction,” she said. “Also, school safety will be a huge issue this session.”

Other topics she expects will receive a lot of attention in the next session are workforce development and a possible hate crimes law.

Schaibley said she makes the interests of those who live in her district a top priority.

“I’ve always been available and very responsible and responsive to my constituents’ concerns,” Schaibley said. “Of the legislation I have authored over the past few years, a huge percentage of it was brought to me by my constituents.”

Schaibley and her husband, John, have two children and one grandchild. Before becoming a state representative, she managed employee benefits at George Washington University, worked in the math department at Indiana University and was a substitute teacher at Carmel Clay Schools.