Shepherd Insurance has earned more than its share of awards and honors.

Insurance Business America honored the company as one of the top insurance workplaces. 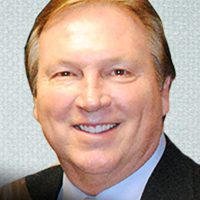 “It’s an award that lets management and ownership know we are doing the right thing for the people that got us where we are,” said Shepherd, a 1970 Carmel High School graduate who founded the Carmel-based company. “That’s a big award for us. With any successful company, you don’t have to look much further than the employees. That was really an honor to be acknowledged as a nice place to work.”

Shepherd achieved the award while growing.

“When we look to grow through acquisition or through merger, the first thing we look at is the culture of the agency,” Shepherd said. “If their culture matches up pretty well, then we got the green light. That’s what makes it nice when you put two companies together.”

Despite expanding to several states through merger or acquisition, Shepherd said it’s nice to find agencies with a similar philosophy his company has.

“The people-part of the business is probably the toughest part,” Shepherd said. “That’s probably what separated us from a lot of other agencies. We’re not afraid to reinvest in young talent. It is amazing how you can win an award like that with offices in different states. It’s really because of the former ownership and how they ran their business similar to how we ran ours. When you match two good companies up, it makes us better and makes them better.”

“They appreciate the open-door policy, safe work environment and believe in the management,” Shepherd said.

The company, which celebrated its 40th anniversary in 2017, has been named Agency of the Year three times (2017, 2014 and 2003) by Independent Insurance Agents of Indiana.

“We’ve doubled our agency twice in the last five years,” Shepherd said. “Five years ago we were a $15 million agency and now we’re over $50 million this year, so we’ve been on a tear.”

“We have a lot of youth, so that keeps an old dog like me out there hunting,” said Shepherd, who mainly concentrates on mergers and acquisitions.