In traveling on the Lincoln Highway from Times Square in New York City, west to Lincoln Park in San Francisco, you will pass through the Chicago area where one of the best chili parlors the Midwest exists. 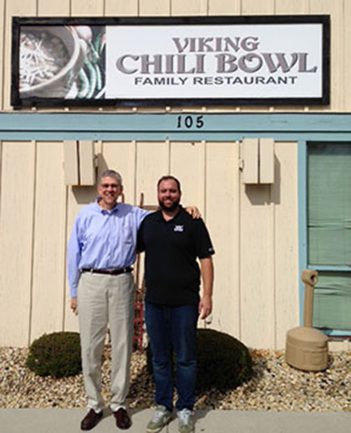 It’s Viking Chili Bowl on the north side of U.S. 30 at the edge of Valparaiso. Here, we saw a very large restaurant seating more than 100 with a menu centered on good chili. According to Onlyinyourstate.com, it’s one of 10 amazing places to find a great bowl of chili in Indiana. In fact, they have it in their three best.

We met manager and chef Manny Traycoff, whose grandfather Manoly started this restaurant 40 years ago. We discussed what he does to make his chili so good and asked for tips for people to use to make their own chili better for a cold weather tailgate. Knowing that everyone has their own chili recipe they like, Traycoff told us some of his secrets to improve most recipes.

Here are his tips:

Here’s a recipe for one’s own basic chili powder that Traycoff approves. 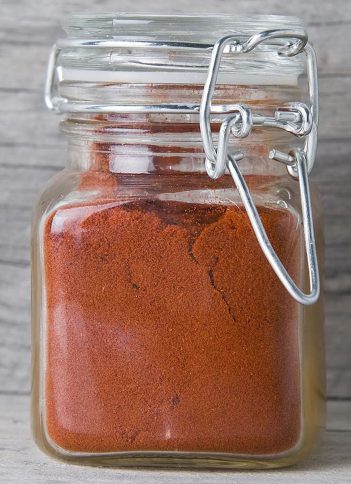 Place all the chiles and the cumin into a medium nonstick sauté pan or cast-iron skillet over medium-high heat. Cook, shaking the pan around constantly, until you begin to smell the cumin toasting, approximately five minutes. Set the pan aside and let it cool. Once cool, place the chiles and cumin into a blender. Then add the garlic powder, oregano, and paprika. Process until a fine powder is formed. Allow the powder to settle for at least two minutes before removing the lid of the blender. This is because the powder must settle. It’s quite strong to one’s nose and eyes if inhaled after blending/powdering. Store in an airtight container for up to five months.