You are at:Home»Lifestyle»Health»Ultrasound now used as diagnosis tool for sports injuries

Ultrasounds are often associated with pregnancy. But in the last 10 to 15 years, some health care providers have been using ultrasounds to diagnose and treat sports injuries.

Dr. David Harsha with Hendricks Regional Health Sports Medicine started using ultrasound in 2008. He said the technology has drastically improved during the past two decades. 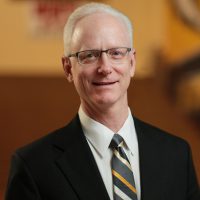 “I use ultrasound as an extension of my physical examination. It’s easily accessible and quickly I can perform a diagnostic assessment on sports-related injuries,” Harsha said. “Ultrasound has been shown to be highly accurate for injections like cortisone or platelet-rich plasma. I also use it in treatment of problems like osteoarthritis and pinched nerves (carpal tunnel syndrome) in the upper and lower extremities.”

Harsha, who is board certified in musculoskeletal ultrasound, uses it several times a day but not on every patient – only when he believes it will add to his diagnostic evaluation and improve his ability to make a correct diagnosis or accurately treat an injury.

“I occasionally use it to assist in the diagnosis of early stress fractures,” he said. “It can be used in sideline situations to help in diagnosis of intra-abdominal injuries that cause bleeding and help us determine if someone needs to go to the emergency room.”

Harsha also is the team doctor for DePauw University. He uses ultrasound in the training room and on the sidelines.

“It’s most important to have it available for contact sports since they have the highest risk for injuries,” Harsha said.

Ultrasound is much less expensive than an MRI, according to Harsha, who said there are still many important reasons to use MRI instead of ultrasound. He sometimes uses a combination of the two.

“Both ultrasound and MRI have a distinct advantage in that they don’t use radiation, so there is less risk to the patient,” he said. “Ultrasound does not use magnets, so I am occasionally asked to do a musculoskeletal examination of a patient with a pacemaker since they can’t get an MRI but they can get an ultrasound.”