You are at:Home»Current in Fishers»Fishers Community»Fishers Kiwanis to form action club for adults

The Kiwanis Club of Fishers will form a club called the Aktion Club, which will be for adults with disabilities. 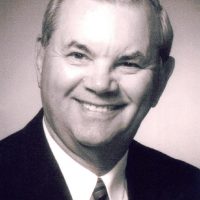 The club plans to meet once week. The new club will take on projects such as a canned food drive and support for the Hamilton County Humane Society.

“They are going to get a lot of joy putting a smile on a lot of people’s faces,” Canaday said. “They will pick and choose a lot of guidance, elect all their own officers. Kiwanis and agencies that support adults with disabilities guide them and help them, and they will get training and resources.”

Canaday said he hopes to have the Aktion Club chartered by this month or November.

He said the Fishers club has been seeking how best to approach the newly formed club, which formed earlier this year after the Fishers Station Kiwanis Club disbanded in 2016.

Canaday said talks with the Noblesville Kiwanis, who maintain a very active action club, have been ongoing for months.