You are at:Home»Current in Zionsville»Zionsville Cover Stories»Cycling without age: Zionsville resident launches cycle program to get elderly outside

Jeff Russell, Zionsville resident and former nurse of 24 years, was scrolling through Facebook last year when a video caught his eye. The short film by British Broadcasting Corporation began by asking, “When was the last time you went out with your grandparents?”

The video shows a medical student in Scotland cycling elderly people around on a three-wheeled rickshaw, or “trishaw”, through the Cycling Without Age program. The goal of CWA is to get elderly people outside in fresh air and give them a chance to converse with the cycle operators. 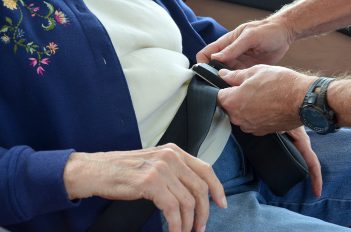 Russell buckles Ratcliff into the trishaw. Volunteers secure residents’ seatbelts and helmets before taking off.

CWA was started in 2012 by Ole Kassow in Denmark, who wanted to help the elderly get back on their bicycles and needed a solution for limited mobility. The answer was a trishaw. He offered free bike rides to local nursing home residents. The program has now spread to 39 countries.

“Initially I was just going to buy it myself,” Russell said. “My wife is a CPA and she works with Eskinazi. She convinced me to get funding through them.”

“It was an easy sell to get them excited about it,” Russell said. “ But working with a giant corporation and getting through all the red tape was (difficult).”

After several meetings and email conversations, the CWA trishaw, made in Copenhagen, was delivered to Eskinazi Health April 24, over a year from the first meeting between Russell and the corporate partners.

“Then we put it in storage. We had to go through lawyers, waivers, more meetings, finalizing the verbiage,” Russell said. “I was chomping at the bit.”

Now, Russell has seven volunteers with five more waiting to be trained. Volunteers require a series of health screenings and four hours of training. Once trained, they give up to four 20-30 minute rides during a 2-hour shift.

“It is a little tricky to operate,” Russell said. “We stay in the safest areas we can.”

“The response has been great,” Halstead said. “I’d like to add another (trishaw).”

Zionsville Meadows resident Marilyn Ratcliff has lost count of how many times she has ridden the trishaw since its launch at the community.

“It’s wonderful,” Ratcliff said. “They want to know where I’m from and what I’ve done. There’s usually something we stop to see along the way.”

Ratcliff, an Assisted Living resident for close to five months, said she consistently signs up to ride on the trishaw.

“Before this, I didn’t get outside,” Ratcliff said. “I didn’t know that I could.”

For more information visit Cycling Without Age-Zionsville on Facebook. 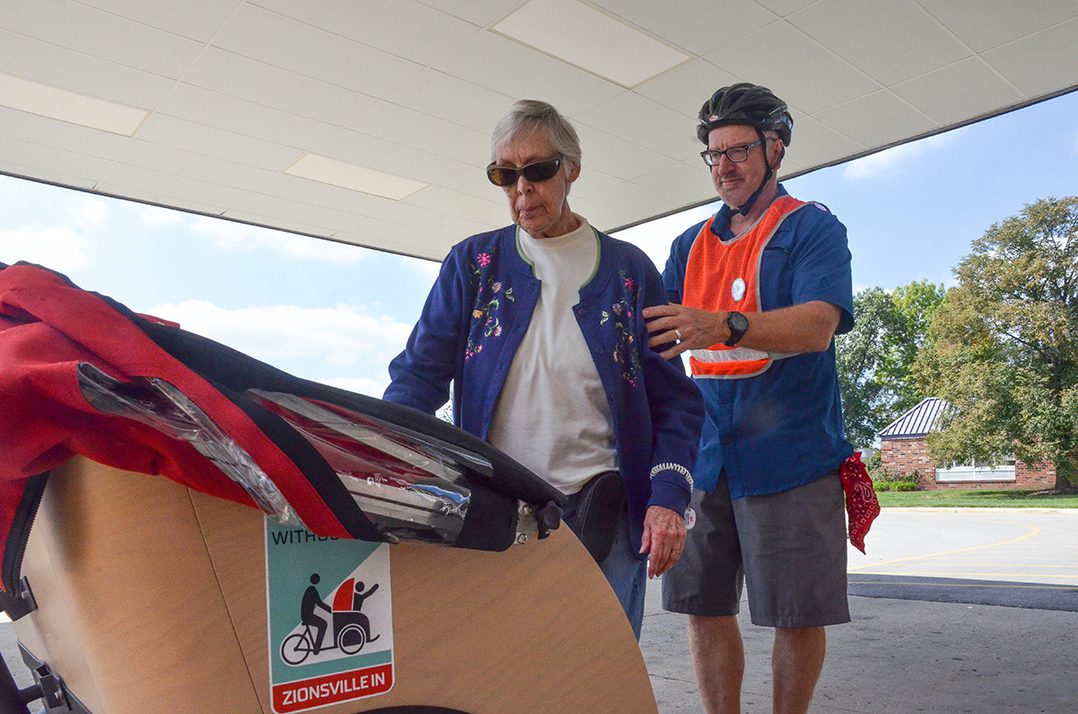 Russell assists Ratcliff into the trishaw. Volunteers must go through training to operate the trishaw and to load and unload residents.

The brain on nature: outdoor benefits for elderly