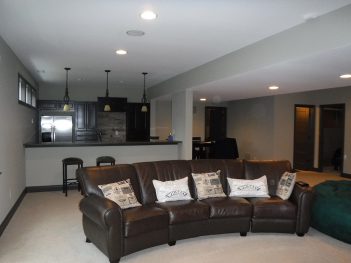 Background Info: This home in the Arbor Glen neighborhood of Fishers was still in great condition, but the basement needed some attention. The home was built in 2012. Although the basement was already finished, the homeowner was looking for a more custom design.

The original basement was only partially finished and felt very dark and crowded. The unfinished portion was not being utilized by the homeowner. Space for entertaining guests was limited and there weren’t clearly defined spaces. 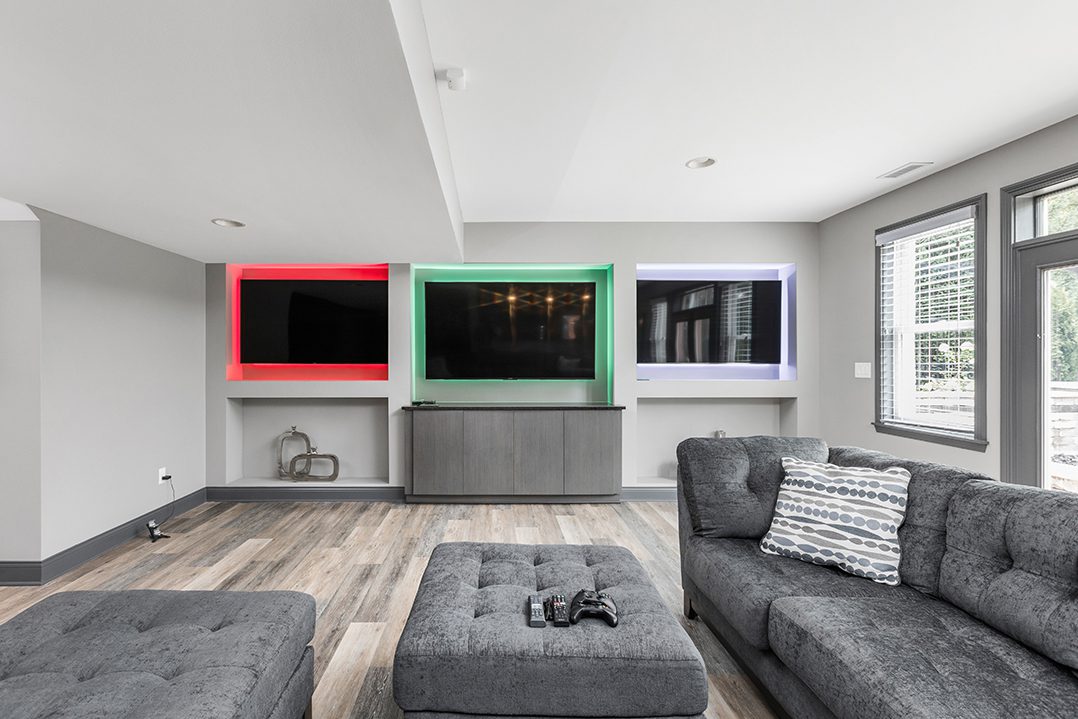 The goal was to transform the existing basement into a more inviting space where the homeowner can entertain guests.