You are at:Home»Night & Day»Entertainment News»Songbook Hall of Fame to honor Clooney, Van Heusen and Maye

For Great American Songbook Foundation Executive Director Chris Lewis, there were distinct reasons to start the Hall of Fame.

“The whole reason behind the Great American Songbook Hall of Fame is really to honor those, first, who helped create the beginning of American popular music, and within that we try to always honor a songwriter, someone who helped create the soundtrack of our life,” Lewis said. “Then we try to honor an iconic performer who sang and performed the music and someone who is still carrying on the tradition of the Great American Songbook and music that lasts beyond the time it was written.” 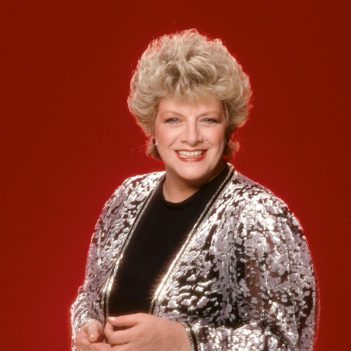 Actress-singer Rosemary Clooney, Academy Award-winning songwriter Jimmy Van Heusen and cabaret and musical theater star Marilyn Maye will be inducted into the Hall of Fame Sept. 15. Along with singer-actor Chris Isaak, Songbook Youth Ambassadors Finn Sagal (2017) and Lily Rasmussen (2018) will perform at the Songbook Celebration at 8:30 p.m. at the Palladium in Carmel.

Clooney, who died in 2002 at 74, is one of two legend award inductees. She will be represented by her brother, Nick Clooney, who is the father of actor George Clooney.

“Rosemary is one of the most recognizable voices in American popular music,” Lewis said. “Even those who aren’t familiar with her recordings know her from ‘White Christmas’ and her iconic film roles and duets with Frank Sinatra and Bing Crosby on the Nelson Riddle albums.” 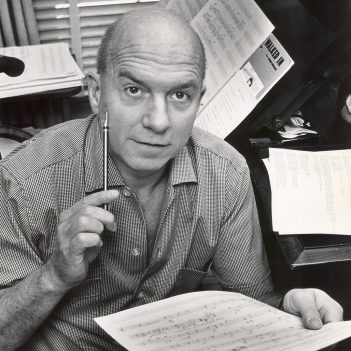 Van Heusen is honored as the other legend award winner.

“He is a name people might not recognize right away but everyone knows his songs,” Lewis said. “He and one of his longtime writing partners, Sammy Cahn, wrote more than 80 songs recorded by Frank Sinatra. The songs he wrote are still used for commercials, movies and television shows.”

Van Heusen, who died in 1990 at 77, will be represented by his nephew Brook Babcock, president of Van Heusen Music Corp.

Maye, who is slated to attend, is still performing regularly at 90. She plans to sing a few numbers. 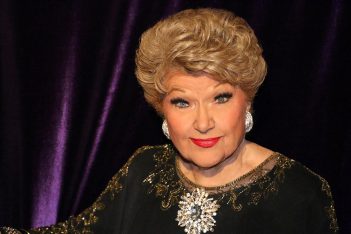 “Maye is a powerhouse and was a recording star in the ’50s and ‘60s,” Lewis said. “She has the distinction of having appeared on the ‘The Tonight Show’ with Steve Allen and then Johnny Carson, more than any other singer in history. She appeared on the show 76 times.”

Maye recorded several albums for RCA Victor in the 1960s and performed in theater and supper clubs around the nation.

“When rock and roll came in and music tastes changed and supper clubs went away, she never stopped working, but not (in) as high-profile a setting until a few years ago when she was invited to sing at the New York Cabaret Convention and she brought the house down,” Lewis said. “She began performing all over New York and there was really a renewed interest in her style and her singing. I’ve seen her many times through the years. She sounds as good now as she ever did. She is our new standard award because she is still carrying on the legacy.”

Under the theme “Swinging on a Star,” the Songbook Celebration begins with a 5 p.m. cocktail reception, followed by dinner in the concert hall, live auction, program and after-party. Tables seating 4 to 10 guests for the entire evening are available for purchase at SongbookGala@TheCenterPresents.org.

Tickets for the after-dinner portion start at $100. The tickets include gallery or box seating for the 8:30 p.m. Hall of Fame induction ceremony, followed by Isaak’s headline performance as well as admission to the all-inclusive after-party, with dancing and complimentary drinks and desserts in three uniquely themed rooms from 10 p.m. to 1 a.m.