Fishers Fire Dept. has added another method of pain management to its three ambulances. Nitrous oxide, commonly known as “laughing gas,” will be a non-addictive option for patients suffering from less severe medical issues.

FFD EMS Chief Steve Davison said the addition is to reduce opioid use when possible.

“I think we have to be (aware of) the fact there is an opioid issue out there,” Davison said. “We think it’s the right thing to do. If we can keep a patient from being exposed to the effects of an opioid, then maybe that might be one less person who is going to get addicted to it.”

Nitrous oxide is not a new treatment but is seeing a resurgence in an effort to stem the opioid crisis.

“Nitrous oxide is not new. At one time, it was used fairly extensively,” FFD Public Information Officer Capt. John Mehling said. “Fentanyl was a gamechanger when it came out, so it became the pain management of choice, and nitrous oxide kind of went to the wayside.” 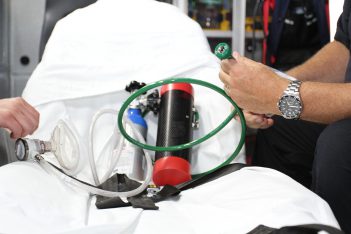 One reason nitrous oxide became a less popular pain treatment is because it’s more difficult and expensive to administer than a pill or intravenous medication.

Davison said nitrous oxide treatment requres more equipment to administer. The type used by FFD is a different mix than the type typically used by dentists. Patients self-administer the medication by breathing into a mask. Nitrous oxide works on approximately 90 percent of people who take it.

“We get so many (calls) from sports-related injuries, particularly trampolines, that we really hate to give them such a strong pain killer from the very beginning,” Davison said. “The nice thing about the nitrous is we can go with the nitrous, and if for some reason it’s still not effective, we can ramp up with more powerful medications. We can’t go backwards, but we can go forwards.”

Within a week of adding nitrous oxide to its ambulances, FFD received a call of an orthopedic injury caused by a trampoline. Staff helped administer the nitrous oxide, and the patient didn’t require stronger pain medication en route to the hospital. Prior to the addition of nitrous oxide, Davison said the patient would’ve immediately received fentanyl to control pain.

With regard to addiction, Dr. Mike Kaufmann, FFD medical director and the EMS director for the state of Indiana, said fentanyl was used to replace morphine because it is a safer alternative.

“Pain control is a huge reason why people call 911, why they call emergency services. For a long time in the hospital setting, we really only had one option to treat pain and that was opiates,” Kaufmann said. “Years ago, we carried morphine. Fentanyl has gotten bad press, but it is a safer alternative (than morphine) to treating pain. There are circumstances where people need it (fentanyl). We will never get away from completely using opiates but can use them only when appropriate and only use necessary doses.” 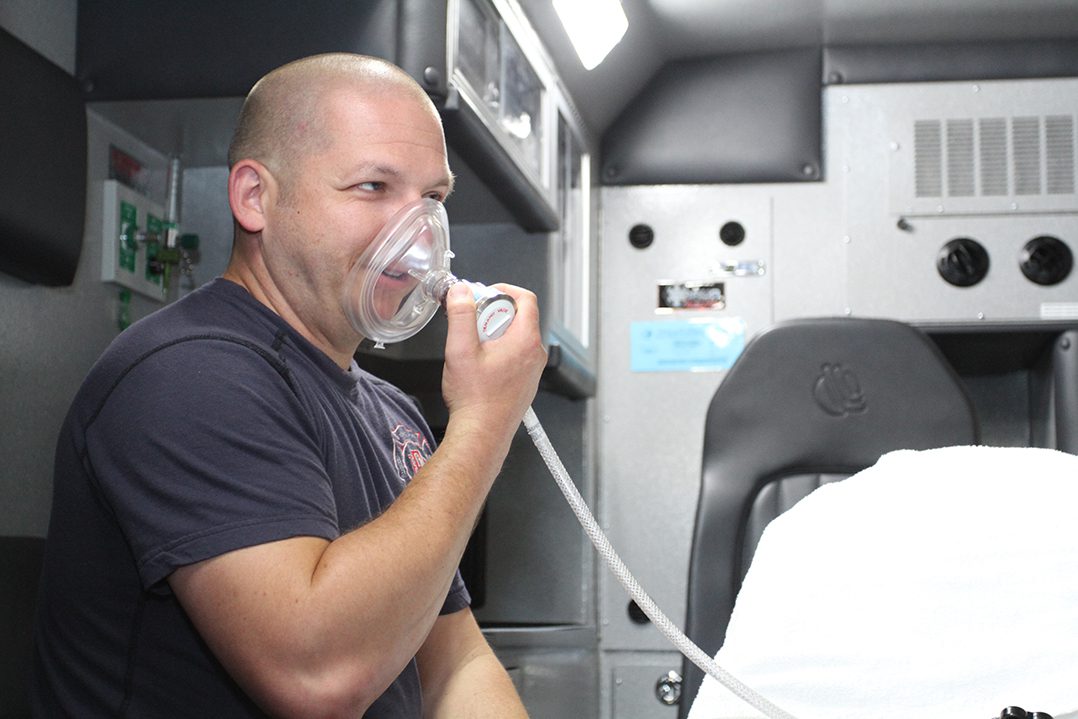 Nitrous oxide makes patient easier to evaluate at the hospital

A benefit to administering nitrous oxide instead of fentanyl for pain managemen is that nitrous oxide wears off in 3 to 5 minutes.

“Sometimes, it’s harder for the hospital to truly evaluate a patient if they’re under the influence of a narcotic because it masks underlying pain,” EMS Chief Steve Davison said. “It’s nice for hospitals to get a clear picture when the patient is truly experiencing the pain and not under the influence, so the nitrous gives us that option, too.”